Entertainment beckons outside the home 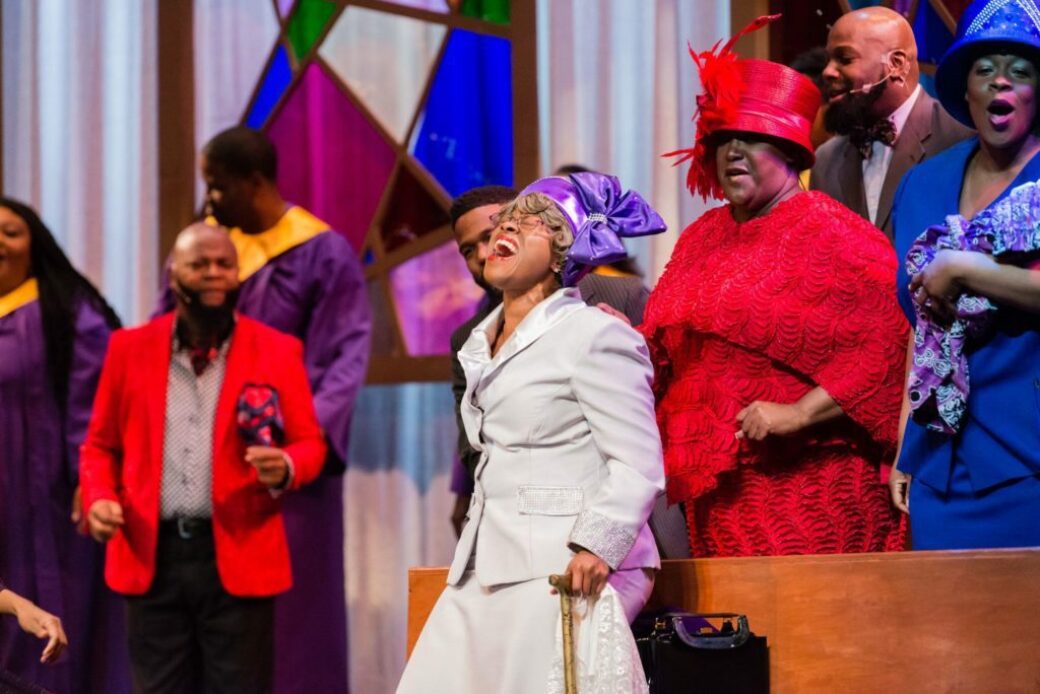 Here we have several staged events to attend during the holidays, among them Scrooge’s dark tale of atonement, a campy murder mystery, timely musicals, a ballet, stand-up comedy, and the magnificent play The Lion in Winter.

Black Nativity: A Gospel Christmas Musical Experience, Ferst Center for the Arts — Harlem Renaissance frontman Langston Hughes opens his self-described “gospel song play” with a scene in an African-American church on Christmas Day, complete with “testifying deacons, sanctified ladies, and down-home preaching, and ultimately recreates the journey of Mary and Joseph, resplendent in African costumes, to Bethlehem, accompanied by a rousing repertoire of old-fashioned spirituals,” the synopsis tells us. Black Nativity was first launched at the end of 1961 — under its original title Wasn’t It a Mighty Day — as one of the first works by a Black playwright to be produced off-Broadway. According to the African-American Registry, the play is an expression of Hughes' late-in-life interest in spirituality and the oral traditions of his church. — Kevin C. Madigan
$37 - $75 Ferst Center for the Arts, Georgia Tech campus, 349 Ferst Drive, Atlanta 30332. 404-894-9600 artsgatech.universitytickets.com 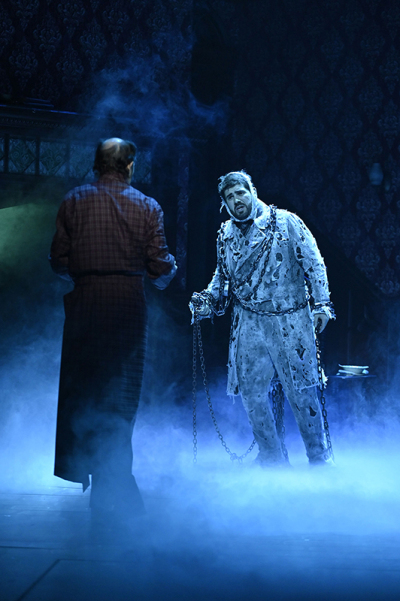 A Christmas Carol, Alliance Theatre — This year’s rollout of Ebenezer Scrooge's tortured traipse to redemption features stunning new costumes, exciting puppetry and a reconceived set design, Alliance producers are quoted as saying. The AJC calls it “a nostalgic feast for the eyes.” A live band with keyboards, cello and violin provides a mellifluous soundtrack to the nocturnal machinations. Making her professional debut as Tiny Tim is 6-year-old Emberlynn Wood – the fourth female to play the role at the venue. Atlanta actor Andrew Benator reprises his Scrooge for the occasion; his previous Alliance credits include Everybody, Small Mouth Sounds, One Flew Over the Cuckoo’s Nest and Troubadour. “Every year about this time I start to hunger to hear this story again,” says Associate Director Christopher Moses. “No matter how isolated or cynical one has become, there is always the possibility for transformation, the chance to replace our stony hearts with generous, loving ones… affording us the chance to reaffirm certain profound truths about our shared humanity.” The production is adapted from Charles Dickens’ classic book by David H. Bell and directed by Leora Morris. A filmed version will be available to stream on the Alliance Theatre Anywhere platform from Dec. 19-Jan. 1, 2023. — Kevin C. Madigan
$24.50 - $88 Coca-Cola Stage at Alliance Theatre, Woodruff Arts Center, 1280 Peachtree Street, Atlanta 30309. 404-733-4600 alliancetheatre.org/christmas

HollyMark's Holiday Countdown to Murder, Petite Violette — As part of its Murder, Mystery and Mayhem series, Petite Violette is launching the new Countdown to Murder show for fans of Agatha Christie and “spoofy comedy,” accompanied as usual by a four-course French dinner. Additionally, the venue is hosting the Boar's Head Feast with the Madrigal Singers, running nightly Dec. 19 - 22. “The Feast is a fun way to top off a year of dinner shows,” owner Michael Gropp says. “The Madrigal Singers get to showcase their extensive a cappella talents and bring some holiday spirit to our dinner tables. This is a popular annual event for us, and we are excited to extend the shows through the week, leading up to our Murder Mystery weekend shows.” — Kevin C. Madigan
$75. 7:30 p.m. Petite Violette, 2948 Clairmont Road, Atlanta 30329. 404-634-6268 petitevioletterestaurant.com 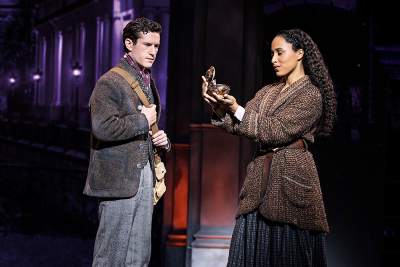 Anastasia, Fox Theatre - Grand Duchess Anastasia Nikolaevna of Russia was all of 17 when she was killed, along with pater Tsar Nikolai II and the rest of the brood, by Bolsheviks in 1918. Over the ensuing decade, a dozen women claimed to be Anastasia, pitching tales of escape and survival with varying degrees of credibility. This musical tells the story of Anya, a French street sweeper who is trained by a pair of con men to be a plausible impostor and thereby embezzle money from Anastasia’s grandmother, who is exiled in Paris; the distraught Dowager Empress believes rumors that her grandchild may have survived the massacre and has promised a reward if she is found. The creative team of librettist Terrence McNally, composer Stephen Flaherty and lyricist Lynn Ahrens - collaborators on the 1996 musical Ragtime - is behind this “sweeping adventure, romance and historical epic whose fine craftsmanship will satisfy musical-theater fans beyond the show’s ideal audience of teenage girls,” writes Adam Friedman of Time Out. David Rooney declared in The Hollywood Reporter: “It's kitschy, old-fashioned entertainment given a relatively sophisticated presentation, and you have to acknowledge its success when you hear the target demographic swoon on cue.” — Kevin C. Madigan
Ticket prices and show times vary. Fox Theatre, 660 Peachtree Street, Atlanta 30308. 855-285-8499 foxtheatre.org/anastasia @AnastasiaBway 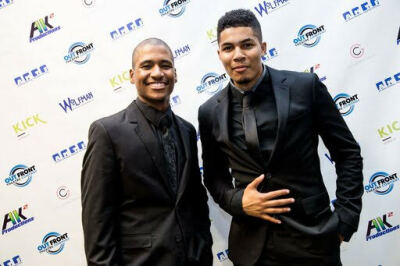 Mother of God, Southwest Arts Center — A new musical, just for a change, is being staged in Atlanta in December, created entirely by local talent. Composer and actor Christian Magby ( The Incredible Book Eating Boy, the CW television series The Flash ) is the producer of a show that “captures the ultimate female hero’s journey and questions the idea of duty, societal expectations, and how an ordinary woman facing extraordinary circumstances rose to the calling of a lifetime,” a press release explains. Directed by Jade Lambert-Smith, key cast members include Alexandria Joy (Heathers: The Musical at Actor's Express), Zebulon Harris ( Sunday Best, Tyler Perry plays) and Dathan Thigpen (The Have & Have Nots ). Book and lyrics are by Christian Albright and the choreographer is Victor Jackson. “I hope the audience can find themselves in Mary,” Magby says. “Not only relate to her story but also the question of how we as people respond when what we’ve always known and faced become challenged. Will we be ready for that call?” — Kevin C. Madigan
Call for ticket prices. Southwest Arts Center, 915 New Hope Road, Atlanta 30331. 678-701-6114 motherofgodmusical.com 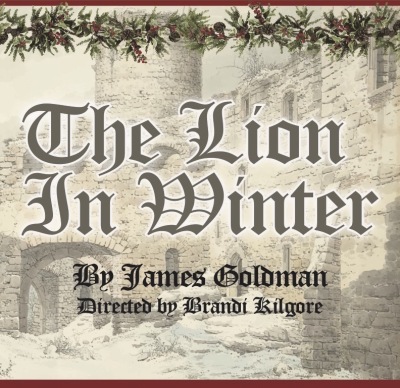 The Lion in Winter, Lionheart Theatre — James Goldman’s play on the conflicts in the wedded union of King Henry II and Queen Eleanor of Aquitaine opened in 1966 and was adapted two years later, by the author, into an acclaimed film starring Peter O’Toole and Katharine Hepburn. Goldman, who won an Academy Award for his screenplay, also wrote the scripts for Robin and Marian (1976) and White Nights (1985) as well as the libretto for Stephen Sondheim's stage musical Follies (1971). The Lion in Winter takes place over the course of one day at Christmastime in 1183; Henry, Eleanor, their three surviving sons and a houseguest - King Philip II of France - spar with one another in an engrossing account of power, rivalry, betrayal, and thwarted ambition. To further complicate matters, Philip's half-sister Alais, betrothed to one of the royal offspring, is having a fling with Henry. “Every family has its ups and downs,” Eleanor states laconically. The New York Times called the play “a work of intelligence, astringent wit, and much theatrical skill,” while the Los Angeles Times praised its “marvelously articulate language, with humor that bristles and burns."— Kevin C. Madigan
$18 ($16 Seniors & Students) Thu., Fri., Sat., 7:30 p.m. Sun., 2 p.m. Lionheart Theatre Company, 10 College Street, Norcross 30071. 404-919-4022 lionhearttheatrereservations@yahoo.com lionhearttheatre.org/buy-tickets

The Nutcracker, Atlanta Ballet, Cobb Energy Performing Arts Centre — For a work that has been so popular for so long, The Nutcracker started out on shaky ground and took time to find an appreciative audience. Following its Saint Petersburg premiere in 1892, critics hurled invective such as “insipid,” “lopsided,” “ponderous” and “disorderly” at the production. Italian prima ballerina Antonietta Dell'Era, as the Sugar Plum Fairy, was deemed “podgy.” Never mind. Tchaikovsky's score has since become one of the Russian’s most famous compositions, following close on the heels of Swan Lake (1876) and The Sleeping Beauty (1889). Based on the original book by E.T.A. Hoffmann, the Atlanta Ballet’s current version, first presented in 2018, features “innovative production (with) larger-than-life sets and bold costumes enhanced by striking video projections,” says ArtsATL. “Layered with imagery and so packed with visual details, it’s impossible to take it all in at once.” Choreography is by former Bolshoi principal dancer Yuri Possokhov, who previously staged Classical Symphony, Firebird and Don Quixote for the Atlanta Ballet’s repertoire. — Kevin C. Madigan
$30 - $157 Cobb Energy Performing Arts Centre, 2800 Cobb Galleria Parkway, Atlanta 30339. 770-916-2852 cobbenergycentre.com 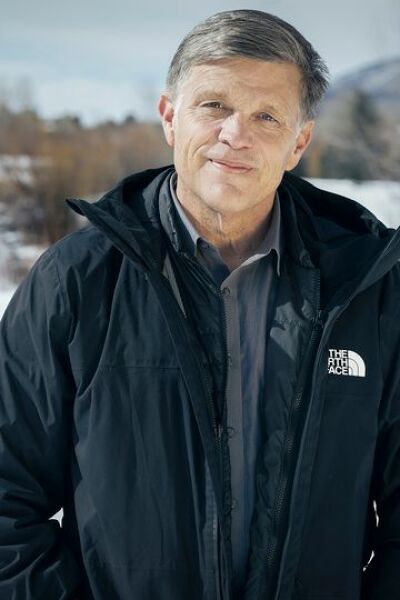 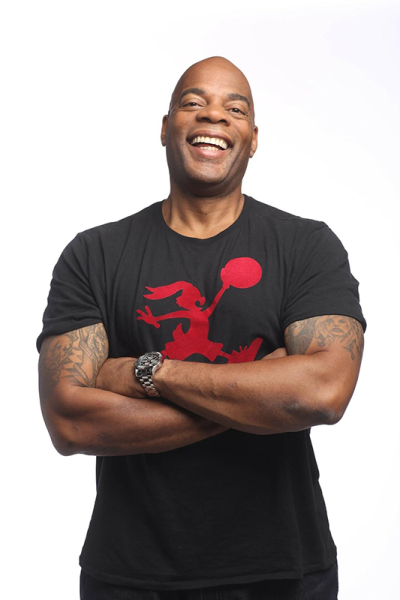 Wait Wait … Don't Tell Me! The Stand Up Tour, The Tabernacle — NPR's weekly news quiz is veering into stand-up comedy with an “unfiltered” ten-city tour featuring some of its witty regulars. "We love doing this," roadshow host Alonzo Bodden said in a radio interview. "It's not your typical Saturday morning comedy. These are the funniest Wait Wait panelists, uncensored." Producer Doug Berman, AKA Benevolent Overlord, says the evening is a chance to get to know the likes of Maeve Higgins, Helen Hong and Maz Jobrani a bit better than the hour-long quiz show normally allows. Higgins is a New York-based comic and writer from Ireland; Hong is an actor, director and producer who has appeared in Jane the Virgin, Parks and Recreation and the Coen Brothers' Inside Llewyn Davis , and hosts the trivia podcast Go Fact Yourself; Jobrani, Iranian author of the memoir I’m Not a Terrorist, But I’ve Played One on TV, was part of Comedy Central’s Axis of Evil. Bodden, the host, is a comedian and actor from Queens known for winning the grand prize in the third season of the reality-television series Last Comic Standing. "The stand-up tour has the smarts and surprise of Wait Wait” , Berman noted, “but it's a little more raw, with more laugh-out-loud moments." — Kevin C. Madigan
$37.50 - $102. 8 p.m. The Tabernacle, 152 Luckie Street, Atlanta 30303. 404-659-9022 tabernacleatl.com Waitwaitstanduptouratlanta.com 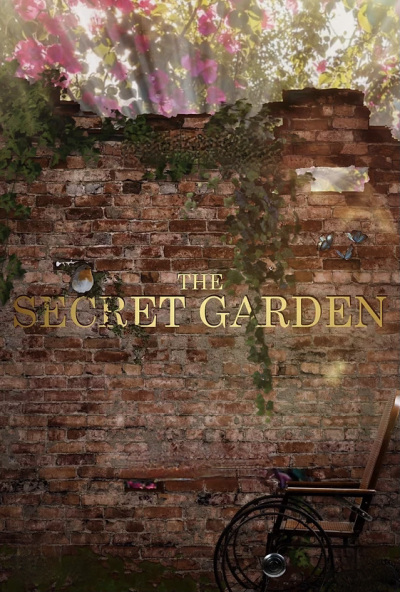 The Secret Garden, Anderson Theatre — Frances Hodgson Burnett’s novel first appeared in 1911 and was adapted into musical form in the 1980s by playwright Marsha Norman, known as the author of ‘Night, Mother for which she won a Pulitzer Prize. The music was penned by the late Lucy Simon — older sister of singer Carly Simon — and the show ran on Broadway for more than 700 performances starting in 1991. Set in the early 20th century, the chief protagonist is Mary Lennox, a young English orphan raised in India during the British Raj who is sent to live in the Yorkshire Moors with a cantankerous uncle named Archibald whom she barely knows. Aided by spirits from her past, Mary finds solace in a neglected garden that she brings back to life, enhancing her own existence in the process. Its producers call the piece “a compelling tale of forgiveness and renewal.” — Kevin C. Madigan
$25 - $45. 8 p.m. Jennie T. Anderson Theatre, 548 South Marietta Parkway, Marietta, 30060. 770-528-8490 andersontheatre.org