Canadian haze-rock hero Mac DeMarco is heading to the Goat Farm on Fri., April 11, on the heels of his recently released third LP, Salad Days (Captured Tracks). The slacker guitarist has been steadily gaining notoriety for his wildly unpredictable live shows that contrast with his signature laid-back, melancholy songwriting. His unique brand of mellow psychedelia has been hard to box into a single genre, but DeMarco himself has labeled his style â€œjizz jazz.â€
More information

At The Goat Farm Arts Center 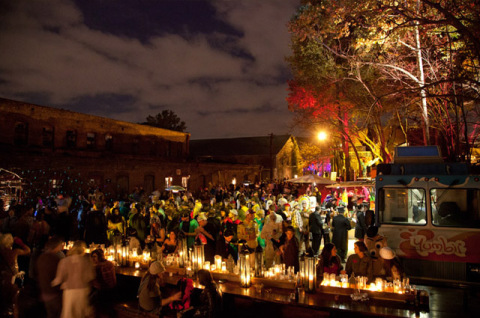