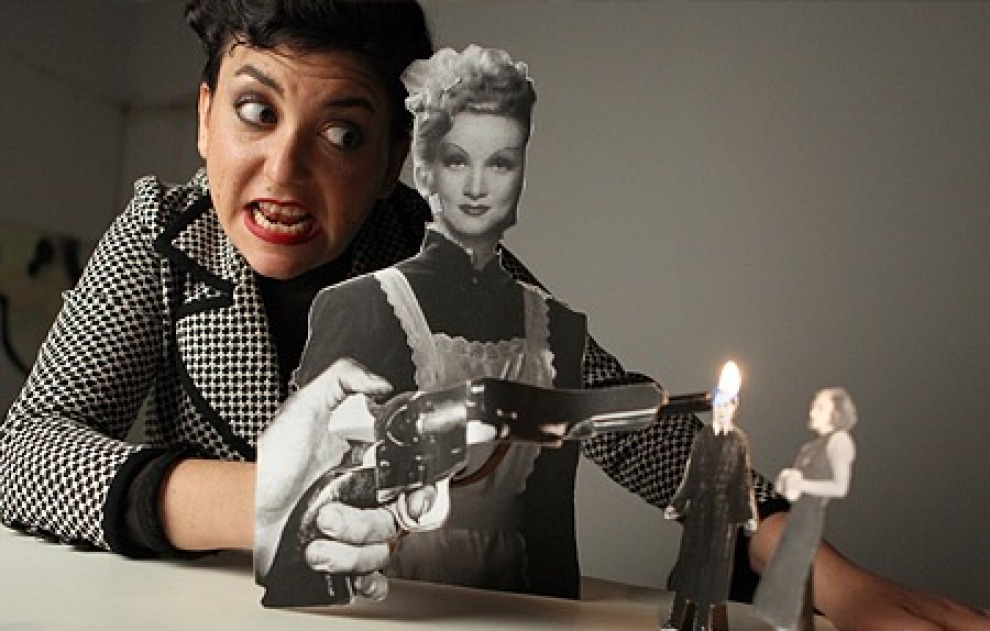 A lonely secretary remains in the office after hours. Alone in her little corner, she escapes into a glamorous world of fantasy created with photos and old film magazines. As imagination and reality collide, her romantic tale transforms into a Hitchcockian nightmare. This hilarious, internationally-acclaimed, one-woman tour de force explores the powerful, unpredictable grasp of dreams.

Tickets include free admission to the Worlds of Puppetry Museum.