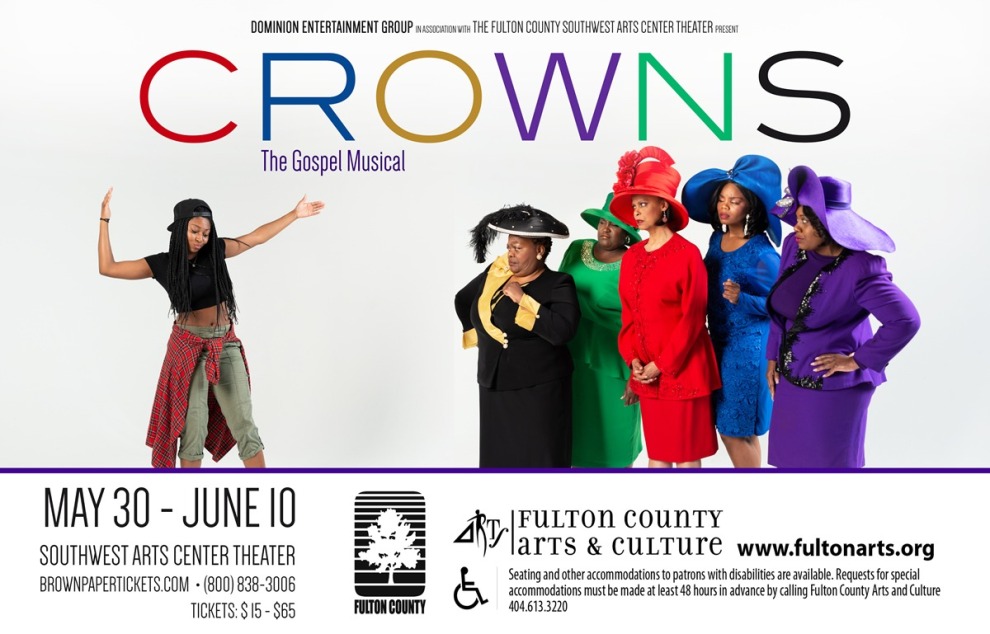 CROWNS is a moving and celebratory musical play in which hats become a springboard for an exploration of black history and identity as seen through the eyes of a young black woman who has come down South to stay with her aunt after her brother is killed in Brooklyn. Some rap, but predominantly gospel music and dance underscore and support the narratives.


The conclusion finds the standoffish young woman, whose cultural identity as a young black Brooklyn woman has been so at odds with the more traditional and older Southern blacks, embracing hats and their cultural significance as a part of her own fiercely independent identity.