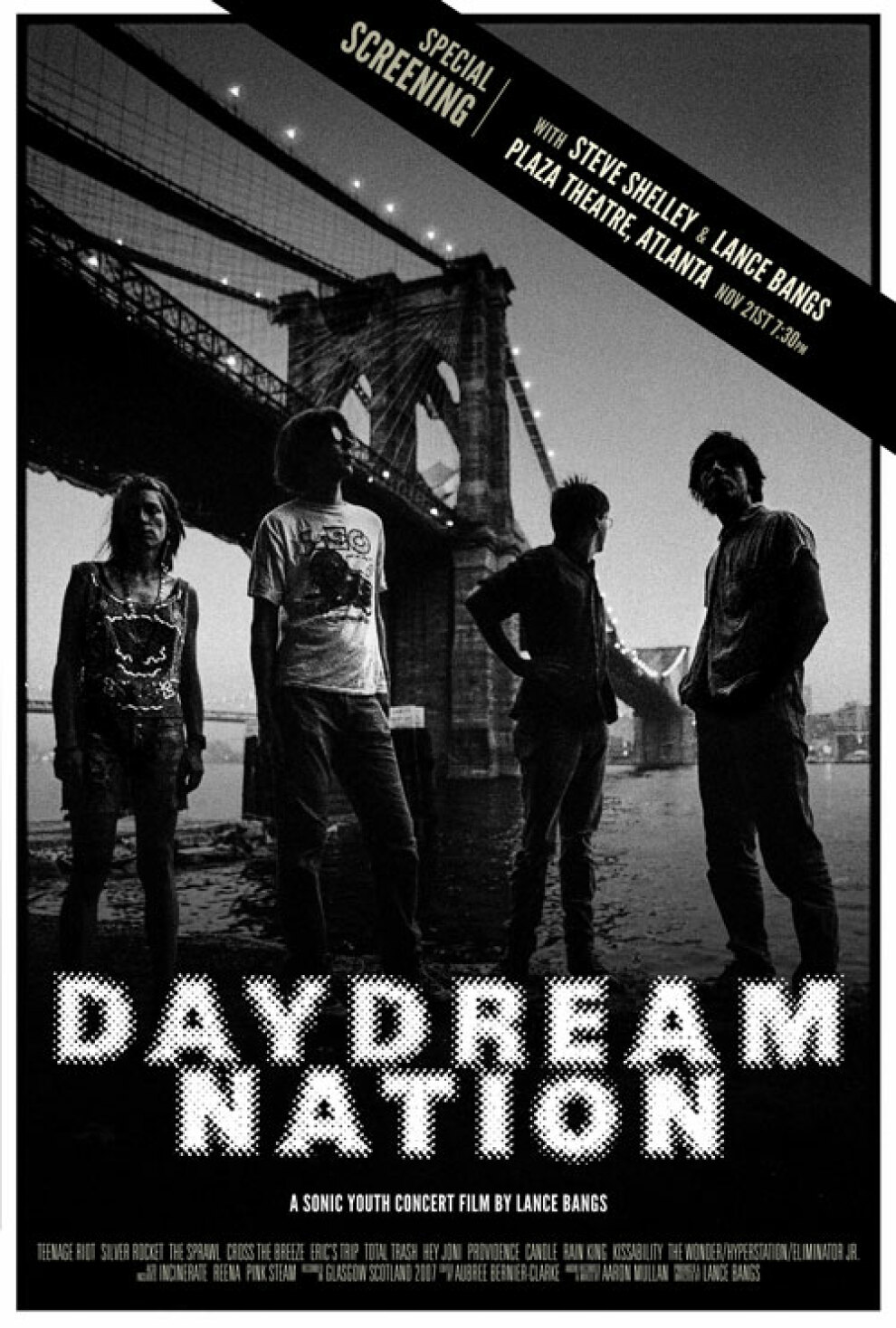 Bangs will also present live footage from a Day Dream Nation-era Sonic Youth show at Washington D.C.’s 9:30 Club, along with excerpts from his concert film of a 2007 show in Glasgow, where the band played the album in its entirety