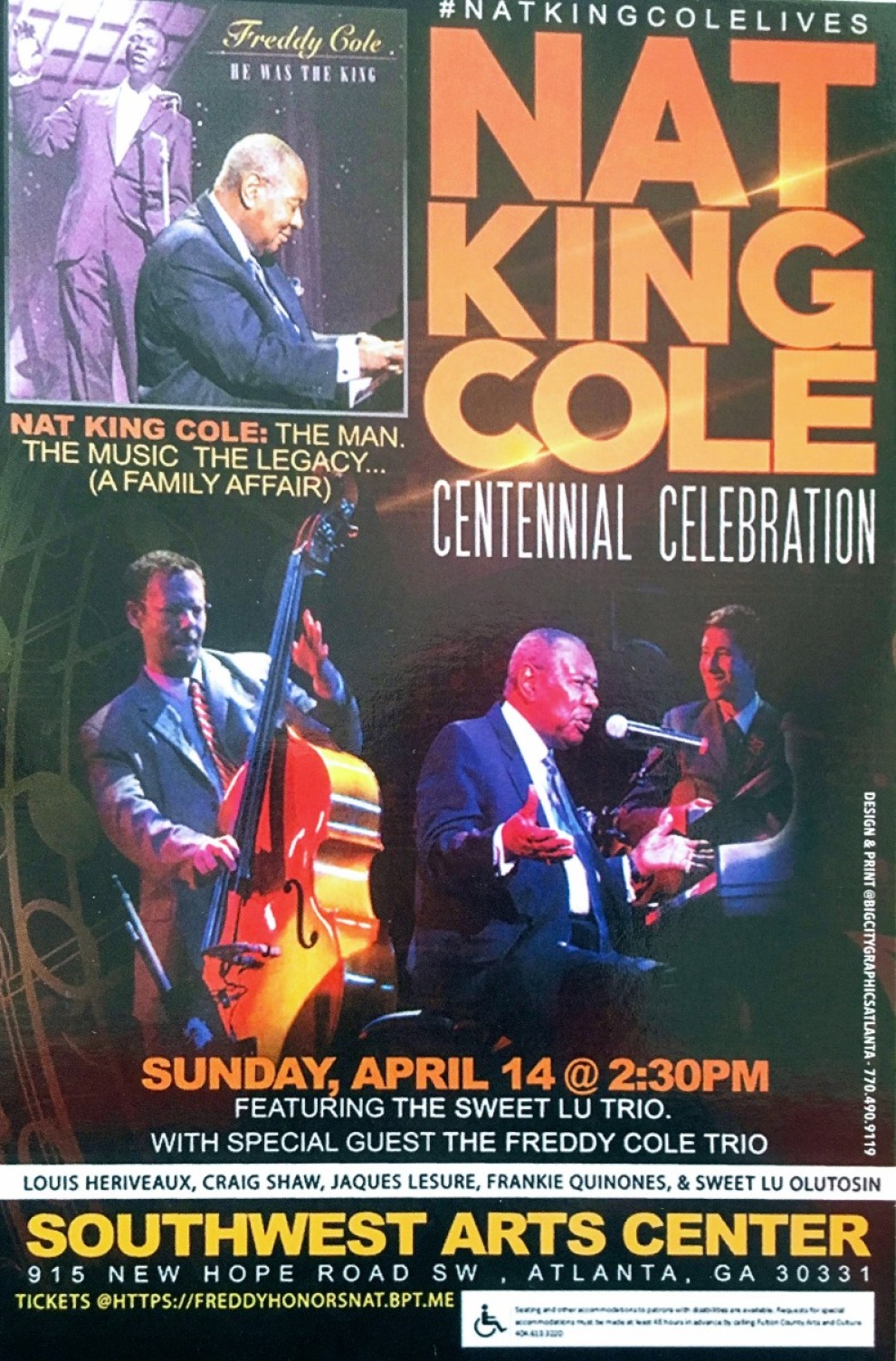 CELEBRATE THE CENTENNIAL WITH THE FAMILY

Join us for this musical performance production featuring 4-time Grammy nominee Freddy Cole! This is THE Nat King Cole tribute concert event you will want to attend!

Nat King Cole was one of the Greatest entertainers to ever live, and the 1st Black crossover artist in the US. He sold more records than Frank Sinatra. His music is STILL in rotation around the world and yet he barely escaped his own lynching.

Do you really know his story... the REAL story? As we celebrate Nat King Cole's centennial, what should he mean to America today?

You don't want to miss this one of a kind show!!