The Motet at Variety Playhouse 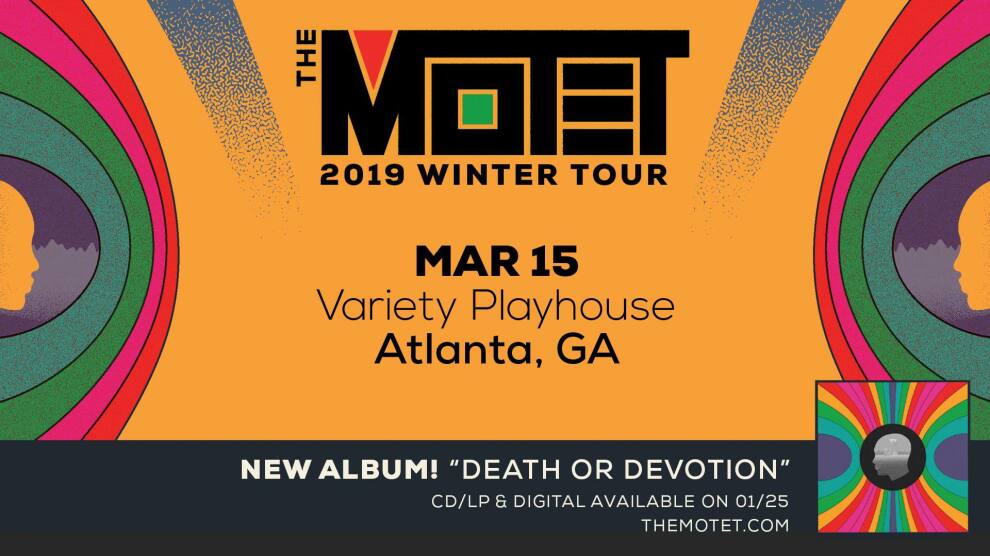 Need some fiery, funky soul to make that disco heart jive? Insert The Motet on Friday, March 15. “When you’re listening to us, I want your mind to be taken away from wherever you are during the day and into some other place,” says Motets drummer Dave Watts. I’d say job well done, Dave, after taking a tour via Spotify. The Motet style feels like a mashup of Jamiroquai and The Floozies, with a bit more soul.

If there’s one venue where I always seem to catch the grooves, it’s Variety Playhouse. ATL Collective performing James Brown’s Funky Christmas, Khruangbin, and a jazzy Kamasi Washington are just a few of the impressive performances I’ve caught at VP in the past year. The crowd is equally crunchy and classy, a place I try to live, theoretically. 9 p.m. @themotet; @varietyplayhouse; @zmpresents