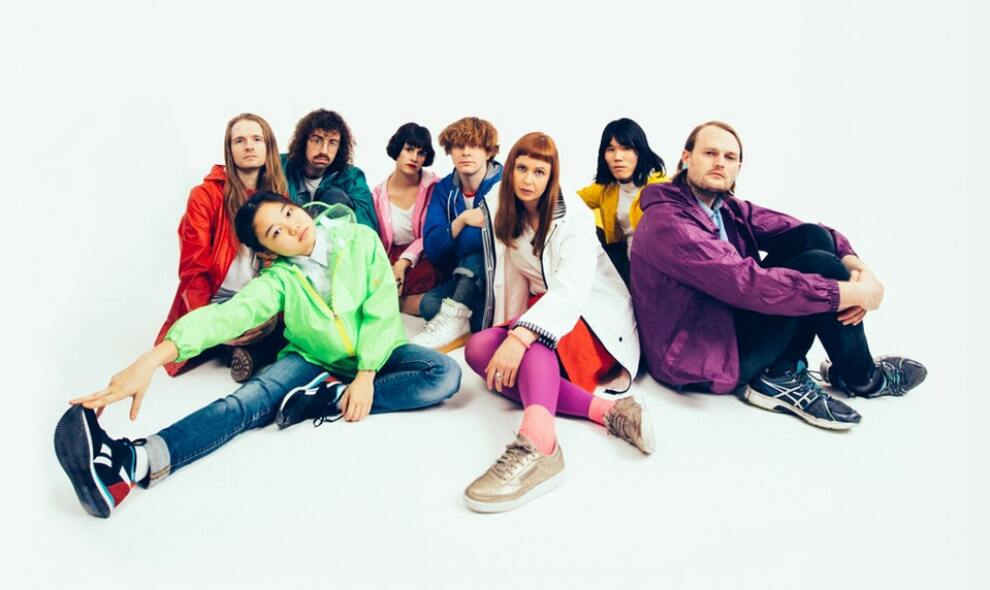 Courtesy of Terminal West
Cost: $18-$21
Superorganism have successfully negotiated a steep trajectory from brand new internet buzz band to much-loved, real world breakout stars, with a global fan base and acclaimed debut album to their name. The London-based, eight person collective of international musicians and pop culture junkies from Japan, Korea, Australia, New Zealand and the UK released their self-titled debut album in March 2018 via Domino; a riot of idiosyncratic, technicolor pop that is an on-the-money encapsulation of the vital sights and sounds of music in 2018. Superorganism beams with a sense of wonky, kaleidoscopic fun but is anchored in the timeless song writing of the singles such as ‘Something For Your M.I.N.D.’ and ‘Everybody Wants To Be Famous’ which got the internet and airwaves buzzing in the first place.
More information