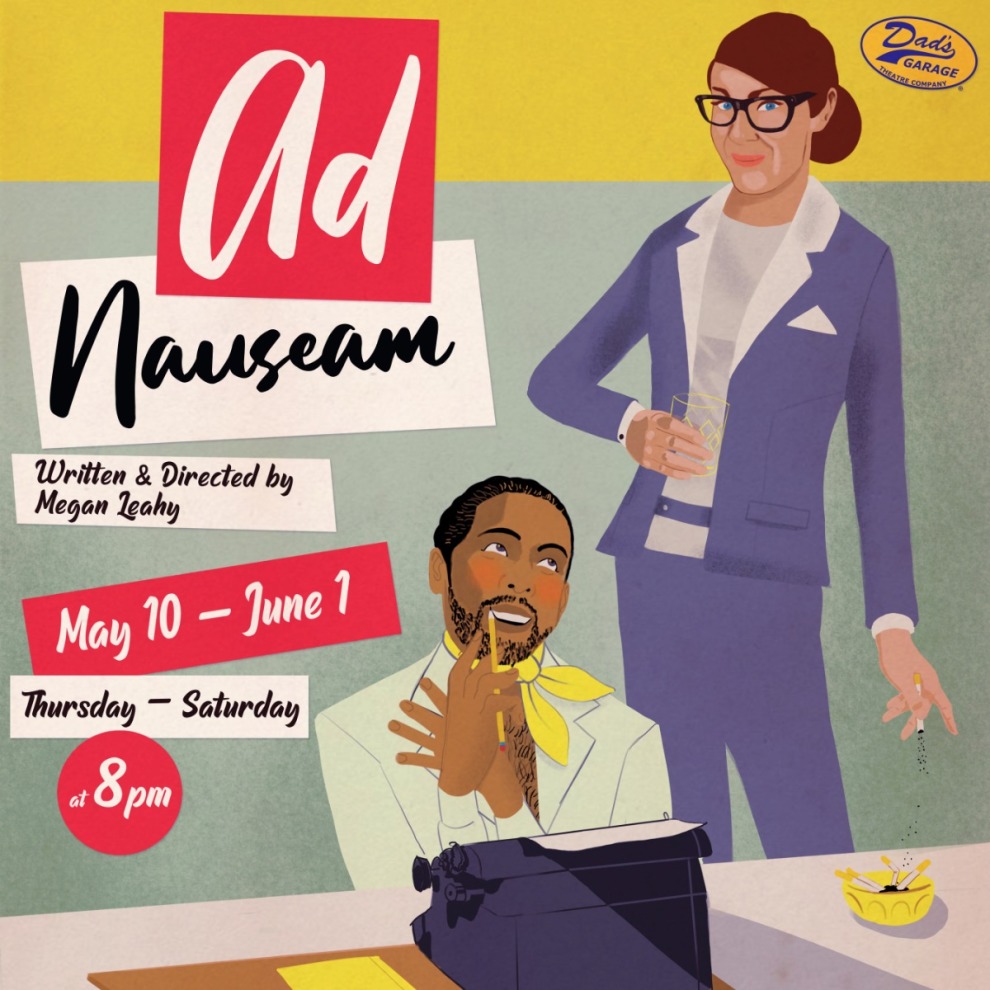 Categories: Theatre
Ad Nasueam is an alternate view of the 1960’s advertising world where Madi-daughter Avenue is run by Mad Women instead of Mad Men.

Phil O’Harriet, a 20-something secretary with a dream of becoming a copyrighter, is struggling to climb up the ladder of success. He dreams of becoming part of Reine and Rankle’s creative advertising agency team, and his hot shot boss Trudy Femster is all that stands between him and that goal. Can they find equality in a world dictated by gender roles and mid-afternoon martinis? Or will Phil’s destiny forever be tied to a view from behind his typewriter? 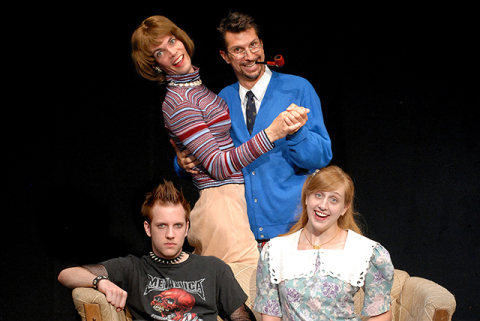