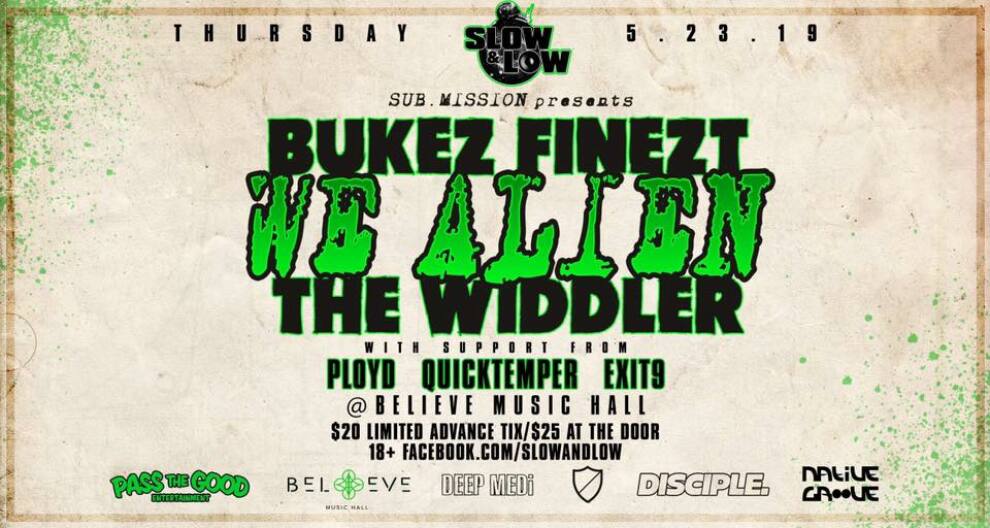 WE ALIEN TOUR BUKEZ FINEZT (Berlin, Germany) www.soundcloud.com/bukezfinezt Over the years Bukez Finezt proved that he's one of the top dogs in the scene. He shared the decks with artists and legends who invented and improved Dubstep and Bass music, he headlined shows in many countries/cities and released tunes on a large range of labels such as Deep Medi, Disciple, Firepower, Subway, Never Say Die and more.