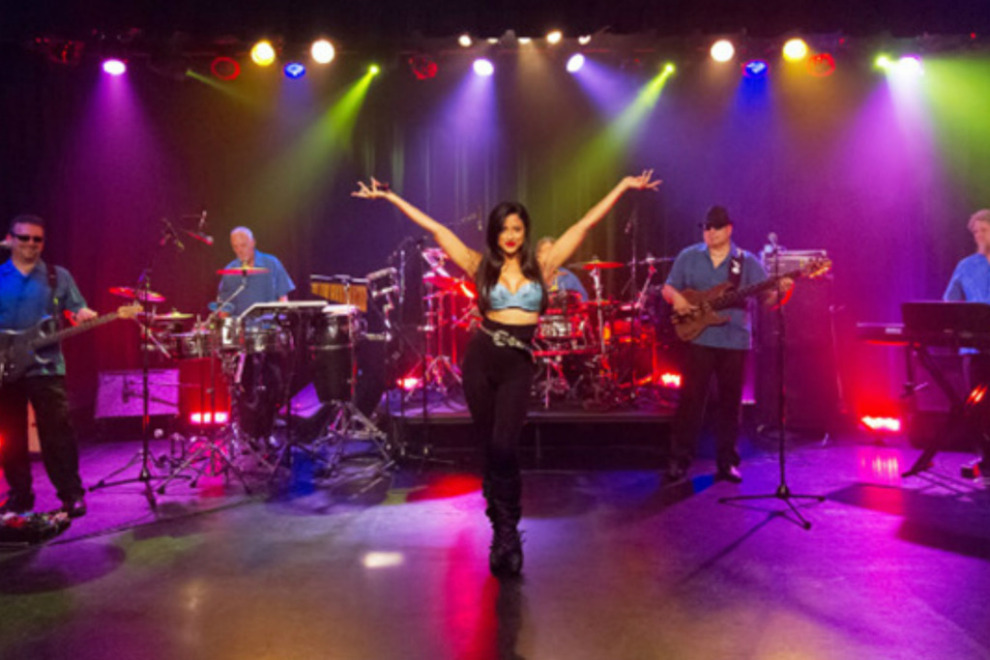 Courtesy of Buckhead Theatre
Cost: $15-$20+
Upon the 20th anniversary of Selena's passing, the formation of this incredible class of musicians came to be. Right out of New York, NY, a locale known amongst musicians as the "mecca" for professional cover bands, "Genessa & The Selena Experience" was created! Their musical history spans decades and genres but with lead vocalist, Genessa Escobar, she has taken her childhood dreams and memories of Selena and made them come alive on-stage. Recently "Genessa & The Selena Experience" has appeared on National Television for TELEMUNDO "Un Nuevo Dia," local television networks such as; TELEMUNDO NY "Acesso Total," and News 12. They were featured as the COVER STORY for New York newspaper "NEWSDAY", with a 2 page spread, as well as "TIME OUT NEW YORK MAGAZINE."
More information