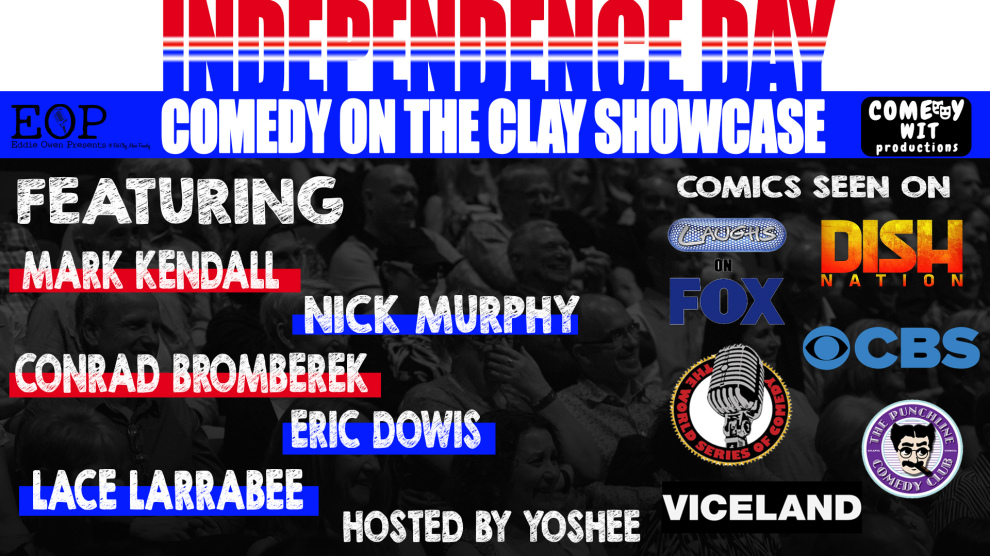 Eddie Owen Presents and Comedy Wit Productions presents the Independence Day Comedy on the Clay Showcase, featuring nationally touring comedians and local favorites. This Independence Day, we feature the comedy stylings of Nick Murphy, Eric Dowis, Conrad Bromberek, Mark Kendall, and Lace Larrabee. These comics have been featured on Laughs on Fox, CBS, World Series of Comedy, Viceland, and many others. This showcase is hosted by Yoshee of Comedy Wit Productions and will have you laughing all evening.