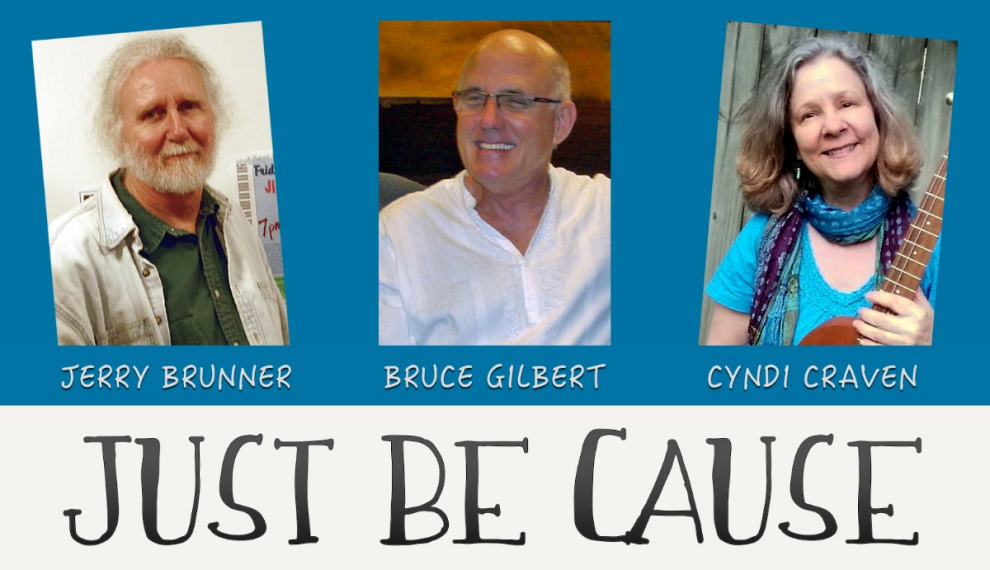 This month: David Leinweber and Just Be’Cause. David Leinweber has performed widely at festivals, concert venues and clubs for years, including international appearances abroad where he was dubbed “The Flatpicking Professor.” He has also performed widely in bars and honky-tonks as well as universities, civic groups and college campuses. He has placed in numerous flatpicking, fingerpicking and songwriting competitions. Jerry Brunner, Bruce Gilbert and Cyndi Craven are Just Be’Cause. The music they produce together is the result of profound friendship, heaping helpings of creativity, and decades of playing, singing and writing together and on their own. Their shows have been described by fans as an evening of "comfort music" with vocal "harmonies that will roll your socks down." Presented by Atlanta Area Friends of Folk Music (AAFFM).