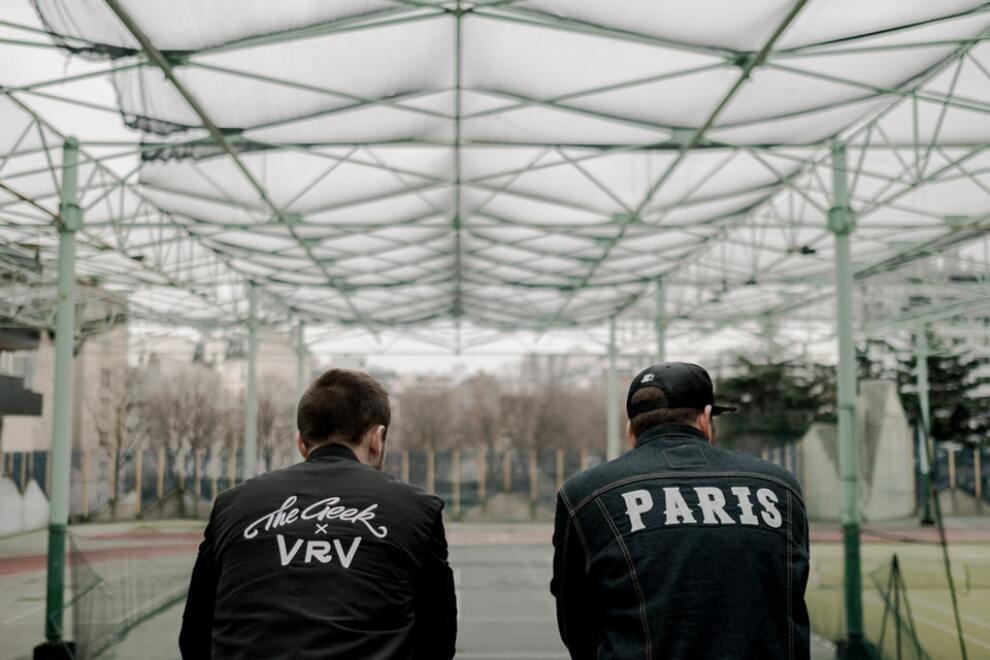 The DNA of the French band The Geek x VRV originates from their Beat Tapes “Back To Old School” (BTOS). A tribute to Hip-Hop & amp; Soul classics, it’s the beginning of the story that shows the talent of these two beatmakers.
Their flagship track « It’s Because », released 3 years ago, comes directly from their first Beat Tape and lays the foundation for the The Geek x VRV’s sound today.
Three volumes of BTOS brought them to a first EP, ORIGAMI, on Embrace Records, a Sold Out Maroquinerie (Paris), 2 USA tours and French festivals in 2016. Finally, they presented their new live set up, with 360° video projection and a brass instrument section, in front of a Sold Out Gaîté Lyrique in January 2017.
Like a liberating step back, this new tape (BTOS VOL. 4) definitively returns to their musical roots.