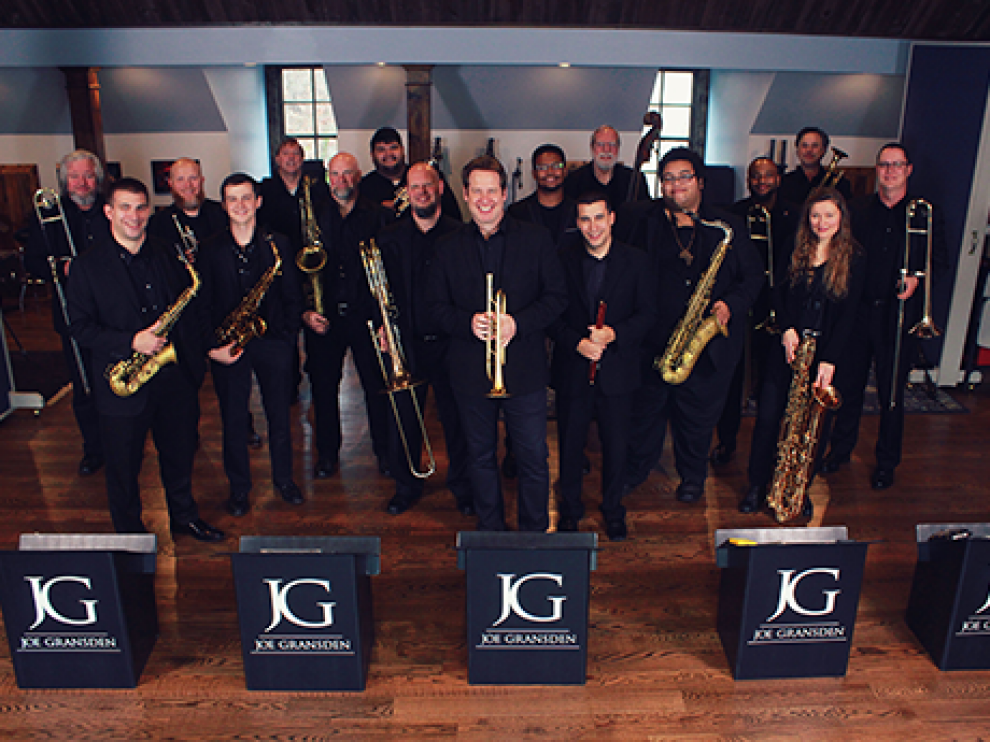 The Joe Gransden 16 Piece Big Band is quickly becoming one of the busiest groups on the jazz scene.Originally formed in 2009 Joe and the guys have continued to build momentum and are performing numerous shows around the country. The band’s new release entitled “Songs of Sinatra & Friends” has sold incredibly well and is getting radio air play all over the world! The reviews have been fantastic! The cd was recorded in Atlanta, Georgia where the band holds a steady gig twice every single month. "The Big Bandtruly has its own sound and really swings!" SaysGransden, "I attribute that to the arrangements that were all written by jazz trombone great WesFunderburk! It's such a pleasure to front a band of top musicians that can interpret Wes's arrangements perfectly! These guys are the best!”

Their legion of fans continues to grow as well.