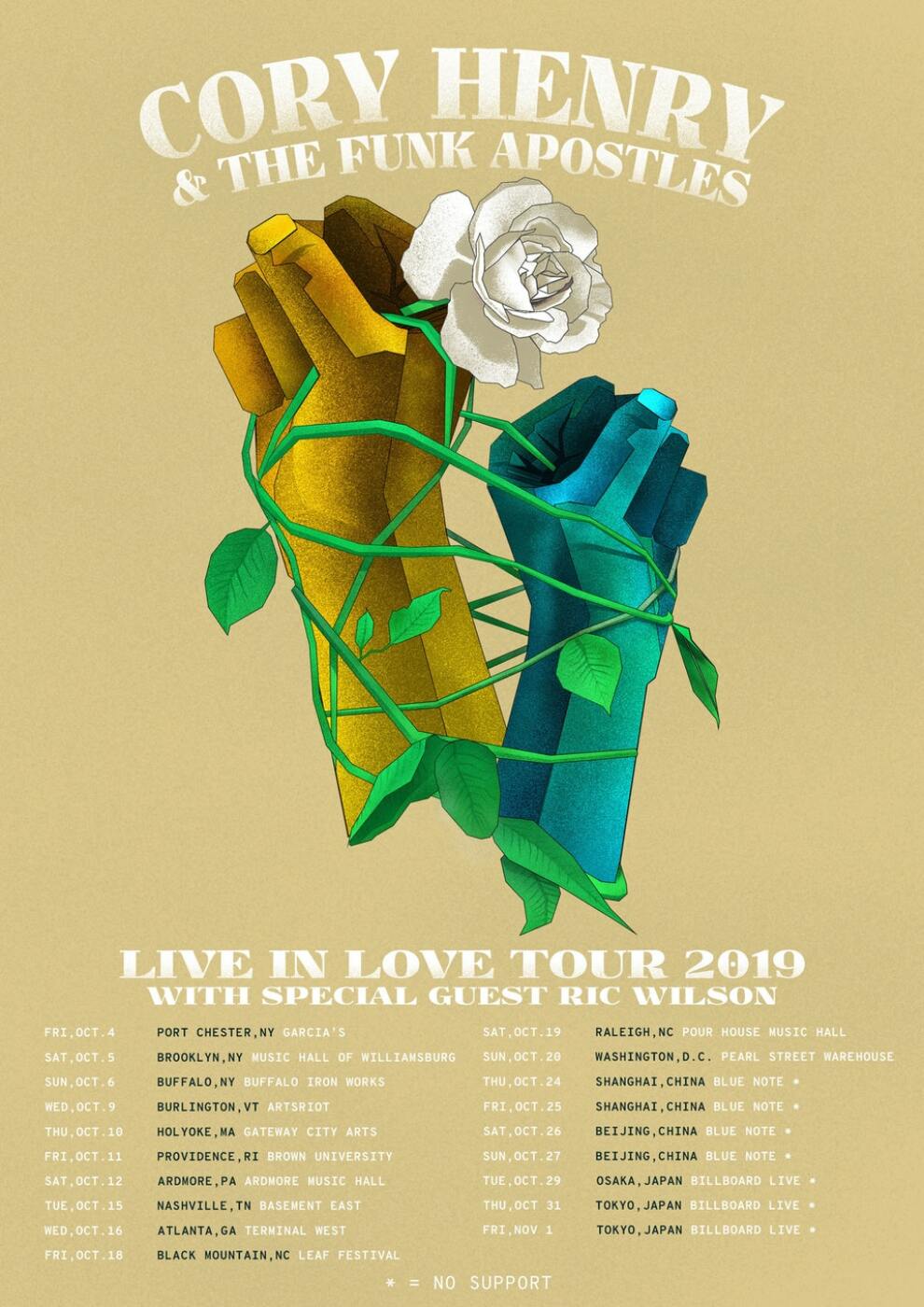 Courtesy of Terminal West
Cost: $26-$31
Cory Henry, BrooklynNYnative, is telling everybody he is on his way. He is a two-time Grammy Award-winning keyboardist with musical rootsin gospel, jazz and soul.Hisinstrument of choice is the Hammond B-3 organ. Henry’s2016release and touring project, The Revival, features hisdynamic and improvisationalperformances of musicranging from old gospel toStevie Wonder. Cory Henry and The Funk Apostles is his newest passion and project, comprised of five of the world’s best musicians, hand picked to bring his musical concepts to life. Coryis currently on tour with The Funk Apostles and has been featured on “The Tonight Show with Jimmy Fallon,” BBC’s Proms Quincy Jones Tribute, National Public Radio,andThe New York TimesFacebook Live with Erykah Badu, amongother media outlets.His solo wizardry and charismatic nature have garnered millions of views via YouTube and other social platforms, giving birth to a rabid fan base excited for what’s to come. The upcoming self-titled Cory Henry and The Funk Apostles albumexhibitshis vocal talentsand emphasizesthe new sound and vibes he wants to innovate for the world to sing along with.“We are on our way. Tell Everybody. How many bodies? Everybody!”
More information