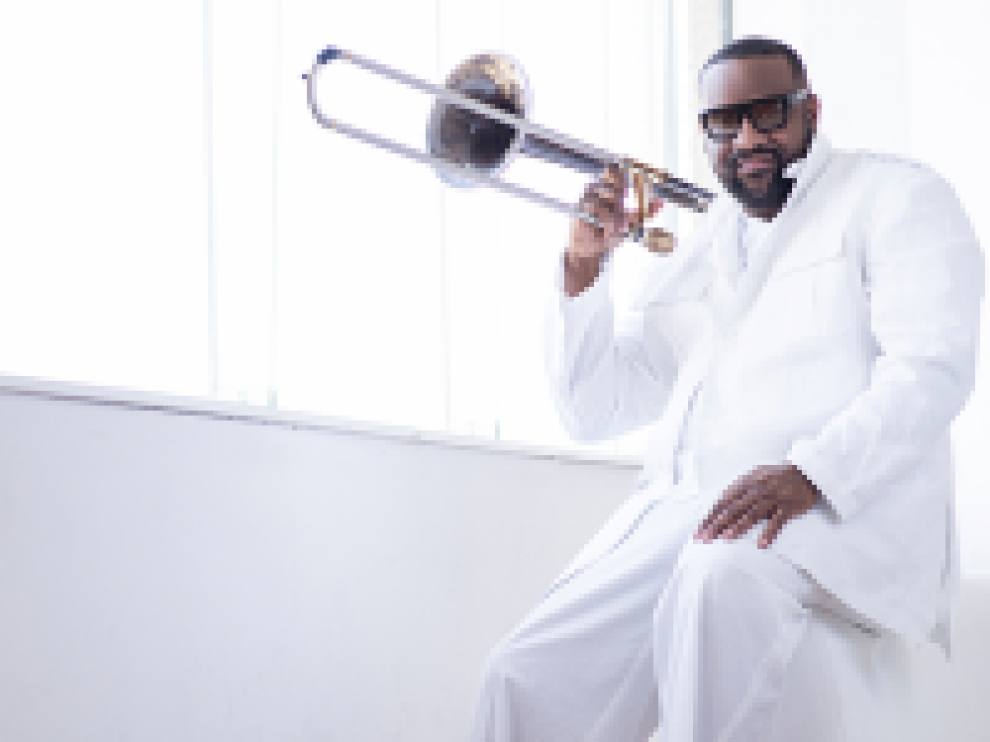 Hidden Beach would like to express our congratulations to Alum Jeff Bradshaw for being awarded with the “Living Legend Award” from the African American Museum Music Society! In the words of Jeff Bradshaw, “I don’t grind and work as hard as I do for awards, I try to trail blaze, and cut new paths in music with my instrument. Hopefully inspiring the next generation the way I was Inspired by so many Producers, Musicians, and Artist that gave me a chance to share my gift. TO GOD BE ALL THE GLORY!!

Born in North Philadelphia, Jeff Bradshaw is known as a soul-jazz and hip-hop/funk innovator, so it was only right that this trombone virtuoso found a home at Hidden Beach Recordings. Coming up in and out of the Philadelphia Soul Movement, he had performed along some of the music industry’s greats – Michael Jackson, Earth, Wind & Fire, and Pattie LaBelle, to name a few. In 2004, he released his solo debut Bone Deep, which earned him critical acclaim throughout the industry and among his fans. His signature smooth sound secured his consistent spot on the festival circuit as solo act and as a guest to artists such as Jill Scott, the Roots, and Mary J. Blige. His sophomore album at Hidden Beach, Bone Appetit, was a 2-disc release that featured a host of guest performers, including his Raheem DeVaughn, Marsha Ambrosius, and his Hidden Beach label mates – Kindred the Family Soul.