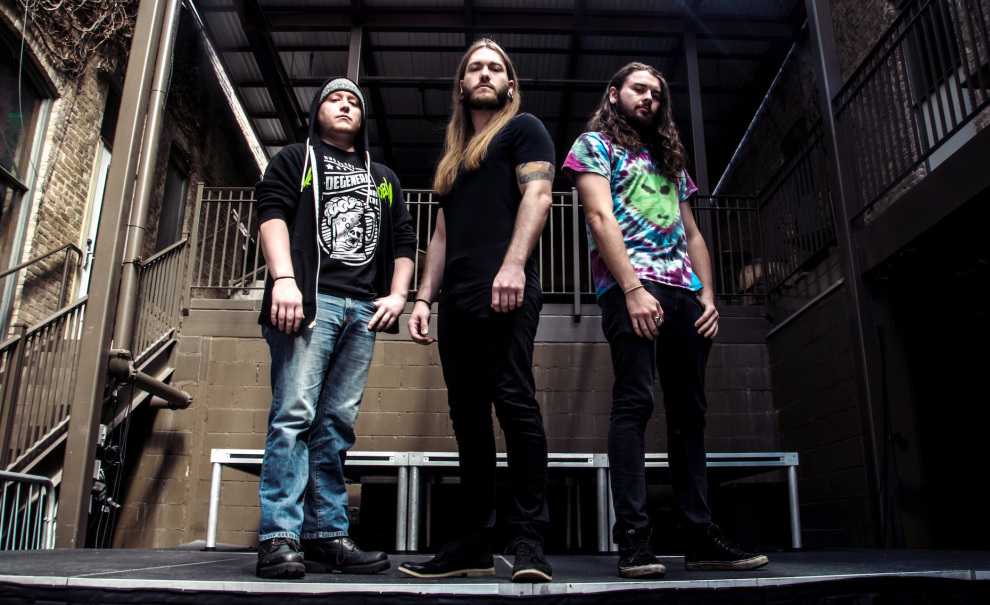 RINGS OF SATURN plays Purgatory at the MAsquerade.

Formed in 2009 as a studio project, California based RINGS OF SATURN is the brainchild of Lucas Mann. The band self-released their first full-length album entitled Embryonic Anomaly in late 2009 and was re-released internationally on May 28, 2010.

Since then, RINGS OF SATURN have been hard at work touring nationally throughout the United States and Canada promoting Dingire (2012) as well as their latest album release entitled Lugal Ki En which was released October 2014. With the release of Lugal Ki En, RINGS OF SATURN branched out touring including a US tour with AS BLOOD RUNS BLACK at the end of 2014, an appearance at the 2015 edition of Knotfest, a US Tour with THE FACELESS in 2015 and their first and very successful European Tour early 2016 with AVERSION’S CROWN.

The band is now arriving back on the scene with their fourth full length studio album Ultu Ulla and now signed to Nuclear Blast Records as of May 2016. This self-dictated ‘Alien death core’ band present an entirely new and esoteric proposition to heavy metal. Terrorizing earthlings with their intense measures of technicality is something that RINGS OF SATURN excel in. Currently, their lineup includes founding member Lucas Mann on guitar, Miles Dimitri Baker on guitar, Aaron Stechauner on drums, and vocalist Ian Bearer. This album cycle the guys deliver to us quite possibly their most polished sounding tracks yet.