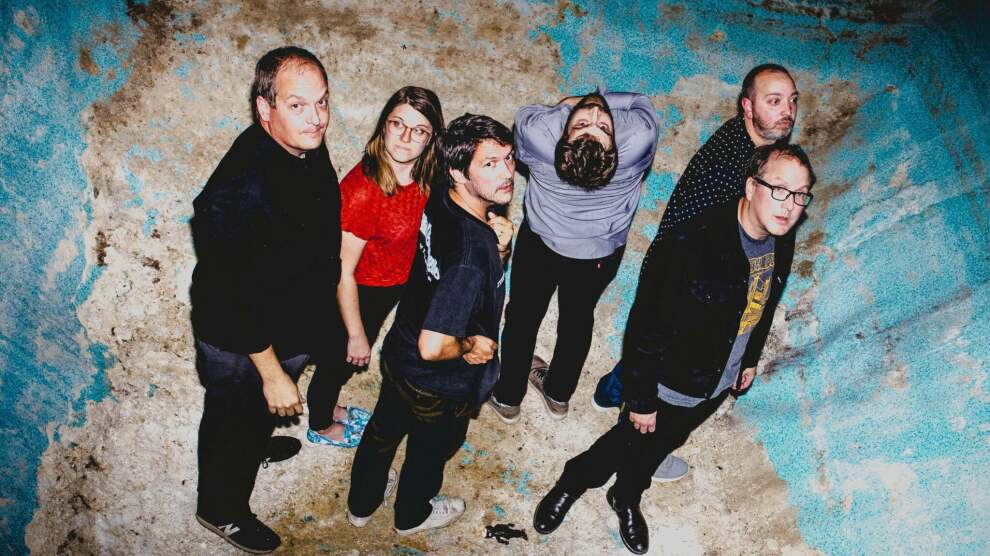 Over the past two decades, Cursive has become known for writing smart, tightly woven concept albums where frontman Tim Kasher turns his unflinching gaze on specific, oftentimes challenging themes, and examines them with an incisively brutal honesty. 2000’s Domestica dealt with divorce; 2003’s The Ugly Organ tackled art, sex, and relationships; 2006’s Happy Hollow skewered organized religion; 2009’s Mama, I’m Swollen grappled with the human condition and social morality; and 2012’s I Am Geminiexplored the battle between good and evil. But the band’s remarkable eighth full-length, Vitriola, required a different approach — one less rigidly themed and more responsive as the band struggles with existentialism veering towards nihilism and despair; the ways in which society, much like a writer, creates and destroys; and an oncoming dystopia that feels eerily near at hand.