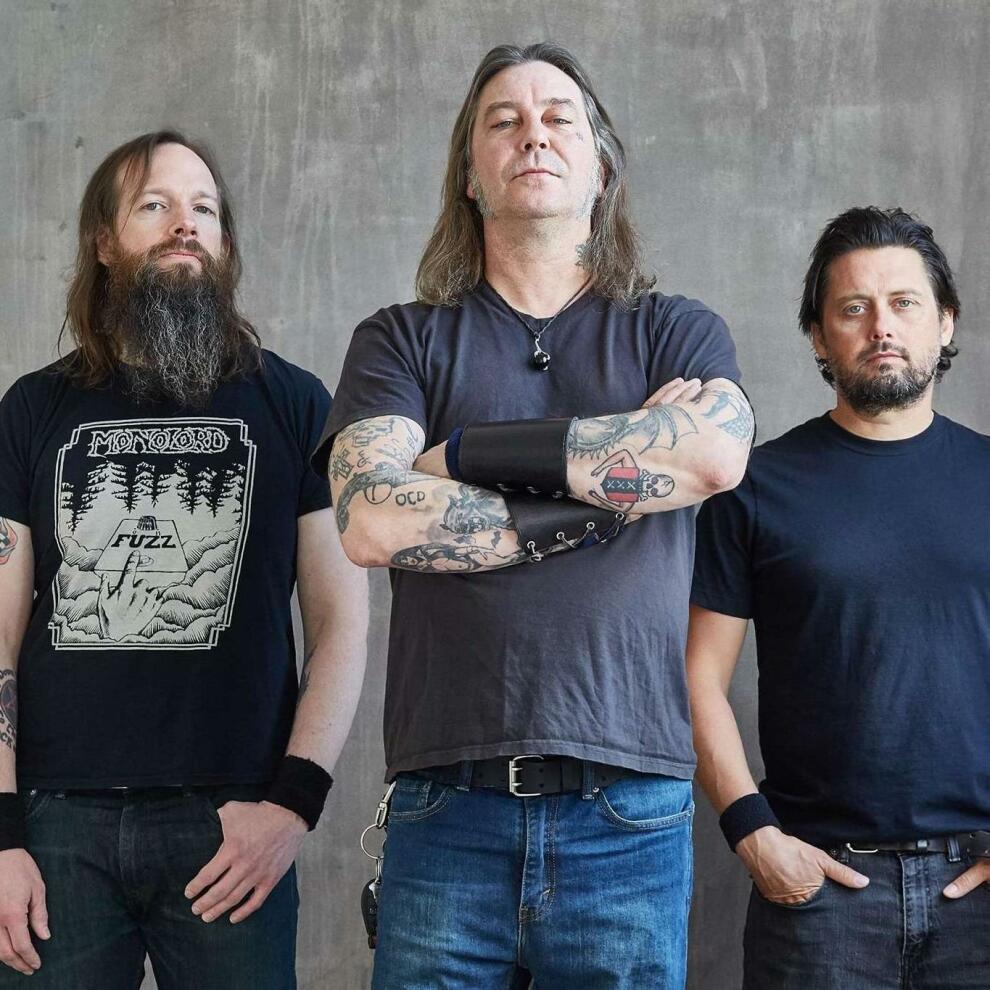 High on Fire plays Hell at the Masquerade.

Formed by Pike and Kensel in 1998, High on Fire started attracting attention in the metal underground, first with the 1999 High on Fire demo, and then a year later on the debut album The Art of Self Defense, which was released on Man’s Ruin Records. Listeners were drawn to the trio’s unique take on modern metal, which stripped everything down to a sludgy sound that felt brutish and artful at the same time. After signing to Relapse Records, High on Fire let loose the celebrated Surrounded By Thieves on May 28, 2002. While the LP exhibited more musical dexterity than the debut, 2005’s Blessed Black Wings was a display of astonishing growth. The band joined forces with recording genius Steve Albini (Nirvana, Pixies, Big Black) to create the scorching third album. Tracks like “Devilution” and “Cometh Down Hessian” catapulted High on Fire into the mainstream metal consciousness, the fanbase growing even more thanks to relentless touring at home and abroad. Matz joined the band as bassist in 2006, and the band’s forward momentum continued on the fourth album Death is This Communion a year later. High on Fire’s fifth album, 2010’s Snakes For the Divine, boldly featured a cleaner sound, thanks to producer Greg Fidelman, who had previously worked with Johnny Cash, Metallica, and U2. Which leads us to Electric Messiah, the best and most diverse of the band’s three albums with Ballou. There’s more speed than ever before but the dynamics of Electric Messiah hold the listener riveted.