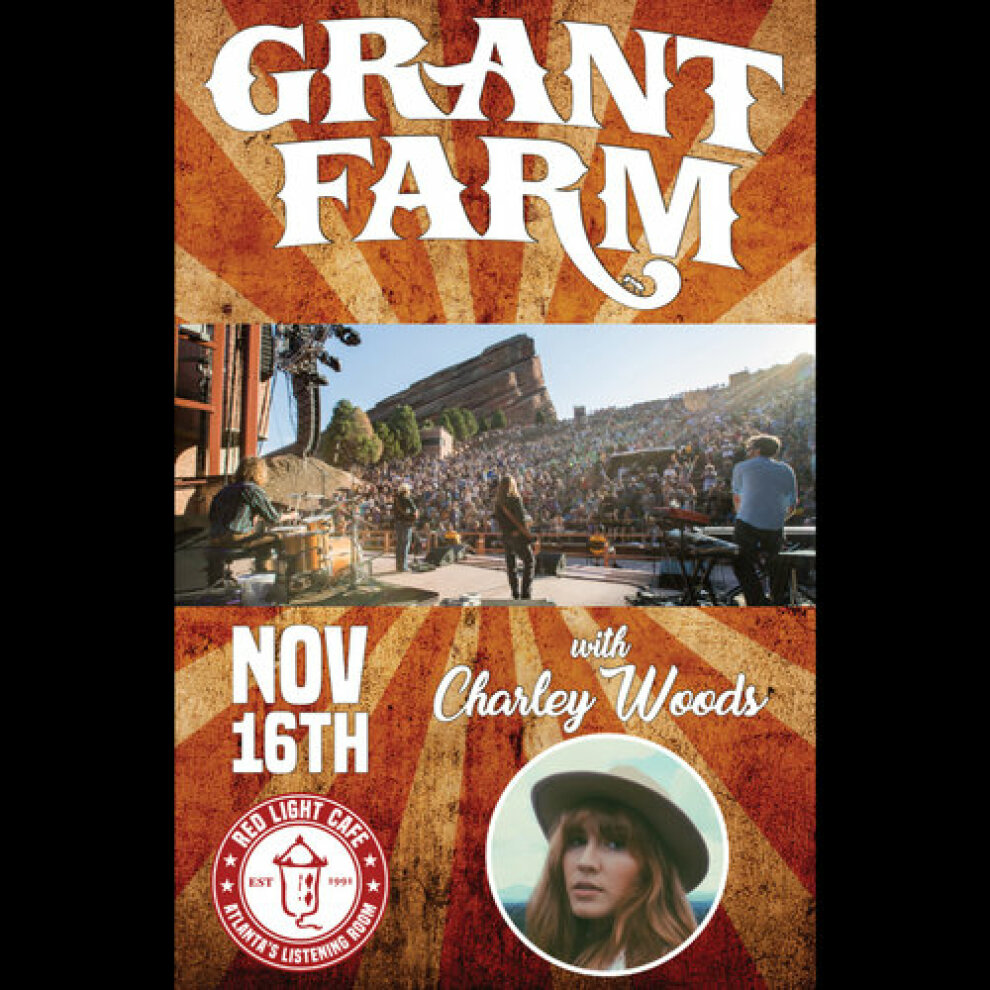 Grant Farm has entertained a growing fan base on the nation’s club and festival scene since its founding in 2009 by vocalist and National Flatpicking Guitar Champion Tyler Grant. Built on the fundamentals of love, family, and music, the band is a sure bet for fans of high-energy, authentic artists as diverse as Sturgill Simpson, Jason Isbell, and Phish. Comprised of zany, creative and highly musical comrades, Grant Farm members include Grant (aka “The Champ”), Adrian “Ace” Engfer (bass and vocals), Sean “Magic” Macaulay (drums) and Kevin “Money” McHugh on keyboards

A born-and-raised-in Nashville native, songwriter and recording artist Charley Woods is now making an impact way outside of Music City's borders. With her instantly identifiable voice and her blend of contemporary folk and Americana writing, she is in a league all her own. Since picking up the guitar at age eleven, she has performed, written and collaborated with many talented and influential figures in today's music scene including Brad Paisley, Chris Young, David Nail, Wil Nance, Mark Nesler, and many more. Since releasing her second single, "Half The Girl" in 2017 Charley has proven herself as one of Nashville's favorite must-watch artists.