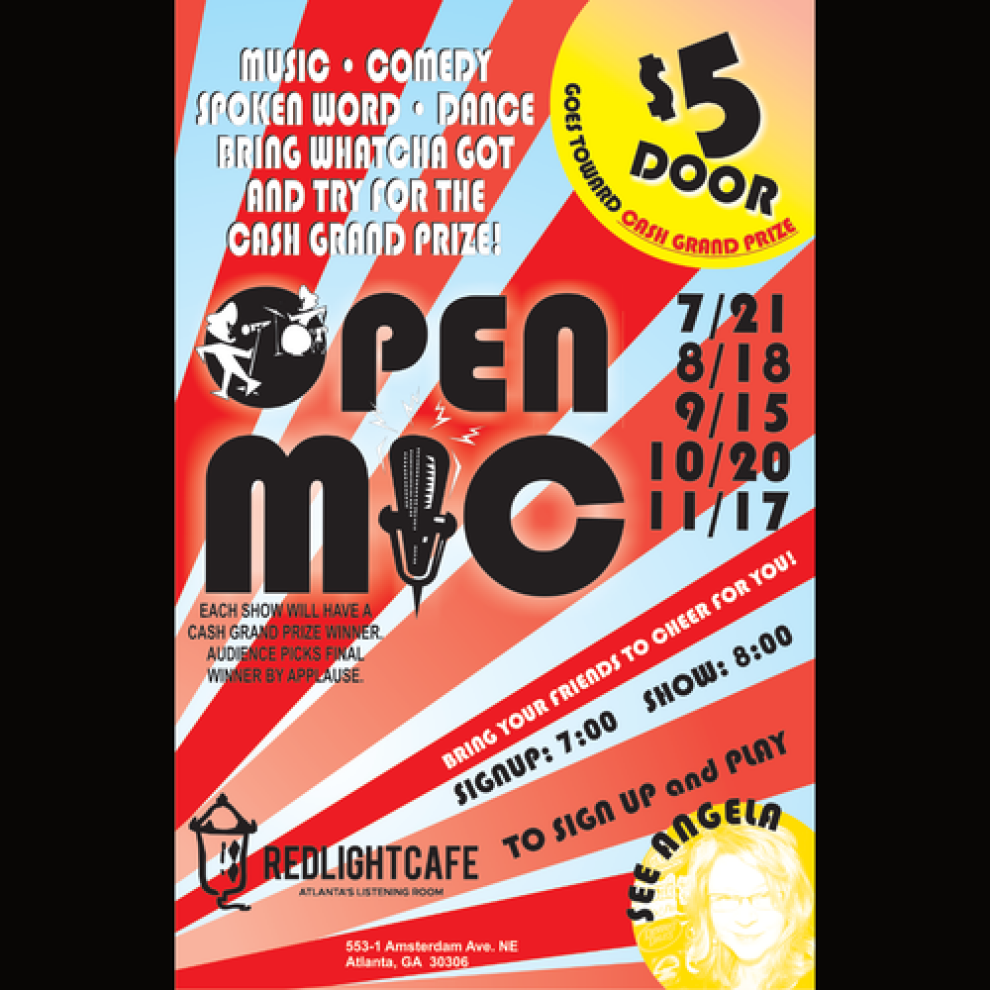 Red Light Café presents the return of a straight-up, bonafide Open Mic Night — hosted by Angela Durden! This ain't a jam or meetup since, at the end of the night, someone's walking away with hard-won prize money! And this is a truly open mic: music, comedy, spoken word, dance... anything goes. Bring what'cha got.

Signups start at 7pm with your host, Angela Durden. Performances begin at 8pm sharp with participants getting a 10 minute slot to do their thing. At 10:30, the top 3 finalists (determined by crowd response, our gracious host Angela, and the RLC Staff) will perform once more each in a showdown to determine the night's winner (based on crowd response).

NOTE: If you're performing with pre-recorded music, please have that music on a phone (or other device) with a headphone jack.