The Defiled Bed 2 - The Awakening 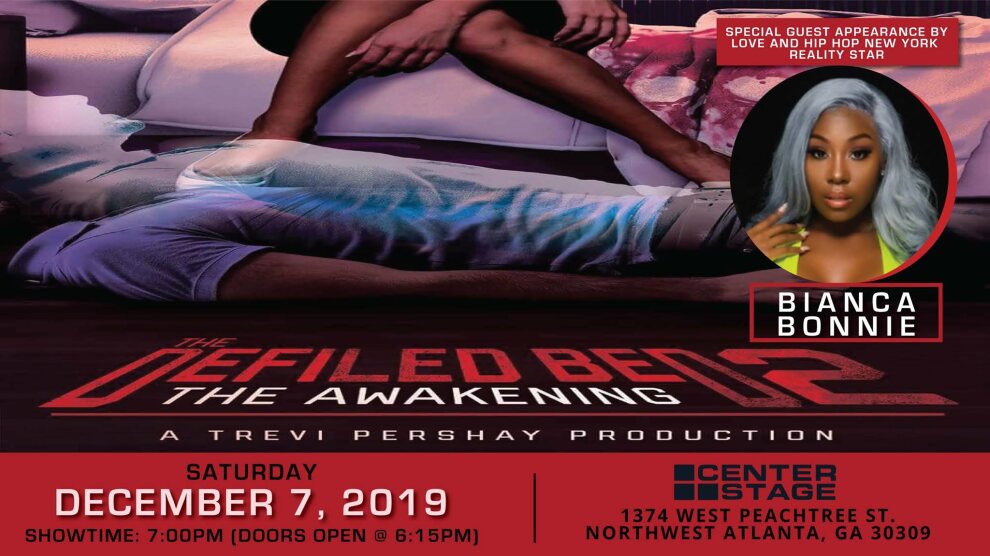 Courtesy of Lofts at Center Stage
Cost: $25-$55
Senator Joshua Brown was motivated by greed, power, and position during his 4-year election. Senator Brown was 6'feet, good looking and had a jewel that worked wonders for the ladies (so it's been said). While in office he managed to manipulate his most powerful voters (women) by seducing them to put their savings into his campaign accounts. One day the Senator manipulated the wrong woman and she had the privilege of taking him and his jewels to the grave. Senator Brown wakes up to find that he has entered the gates of Heaven, however, in order to go through them and enter heaven he has to accept his earthly assignment. The assignment was simple the Senator had to ask for forgiveness to those he had hurt near and afar. As Senator Brown accepts his assignment and goes on his journey; you'll discover secrets that the Senator couldn't keep in the grave. Some secrets won't die in the grave! Come take this journey with us you'll be glad you did
More information