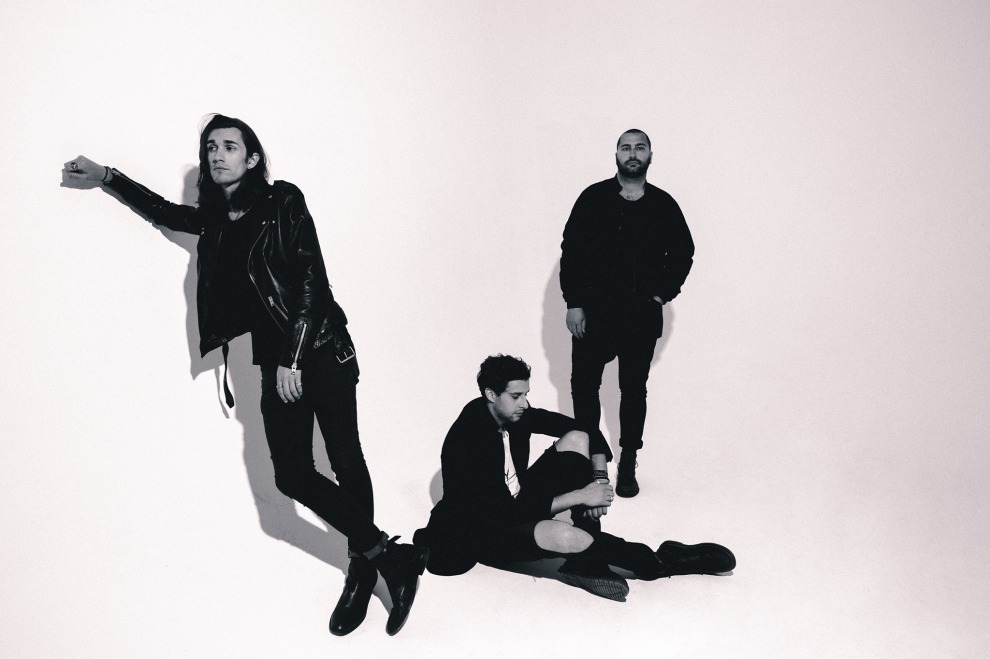 Courtesy of The Masquerade
Cost: $10

Los Angeles alternative band Charming Liars are continuing their breakout year in 2019 with the release of an acoustic
EP, “Bare Bones” on 8/2 and a run of West Coast headlining dates. The band will return to Europe in August for a tour
with The Faim and then head back to the states for an extended run as direct support for Angels & Airwaves.

About “Bare Bones” Karnig Manoukian says: “The songwriting process has always been an integral part of our music
creation and laying out these songs in this simpler, more organic form allows the song, lyrics and melodies to really
shine. This is something that we will definitely continue to do in the future and is something that really excites us. It
brings us back to these songs that we lived with for months and allows us to rejuvenate and recreate. We’re leading it
off with the acoustic version of “Something Dark’.”

Karnig continues: “This has been the most exciting year for us with the release of our debut album “Thought, Flesh and
Bone” and we had the privilege of playing a lot of shows in Europe with Tokio Hotel – so we really wanted to get back to
playing the many cities that we’ve visited over the years that have treated us so well. Doing this West Coast run allows
us to play more songs from the album as well as some of our favorite older songs. It will be the first time we’ve played
some of these songs live in the US. We rarely get the opportunity to play longer sets – so we can’t wait!”

Charming Liars evolution began in London’s West End when Karnig and Mike were still in their teens. They both came
from homes with wide ranging and eclectic musical tastes, and that early exposure informed their approach to making
music. They started writing and playing together in a series of bands and honed their musicianship with several tours up
and down the U.K. In 2013 they decided to make the move to Los Angeles, in part spurred on by an encouraging social
media message from songwriter and producer John Feldmann (Panic! at the Disco, Plain White T’s, 5 Seconds of
Summer, Blink-182) – who told them to look him up for a songwriting session if they were ever in town. They connected
with Kiliyan through a mutual friend while he was attending The Musicians Institute in Hollywood. Through initial
conversations that lead to songwriting and then recording sessions – the 3 realized that they had an organic musical
chemistry that would lead to interesting possibilities. The current line-up was solidified.

The band has previously released a couple of EPs. 2016 saw their single “Soul” reach number #40 on the Alternative
Radio Charts and the video has over 600,000 views on Youtube. A cover of Sir Elton’s “I’m Still Standing” was released in
the spring of 2017 in conjunction with the Grammy organization’s MusiCares arm. The band continued to make inroads
@ Alternative radio in the fall of 2017 with “Insomnia” and the spring of 2018 with “Like A Drug”. “Something Dark” was
released in September of 2018 and continued building upon their foundation at Alternative Radio. The band released
the “Thought, Flesh and Bone” album in March 2019.

They have built a following with constant touring, and have played across the entire U.S. as well as South America,
Mexico, the U.K. and Brazil. Their touring resume includes recent stints with Tokio Hotel, Dorothy and Welshly Arms.