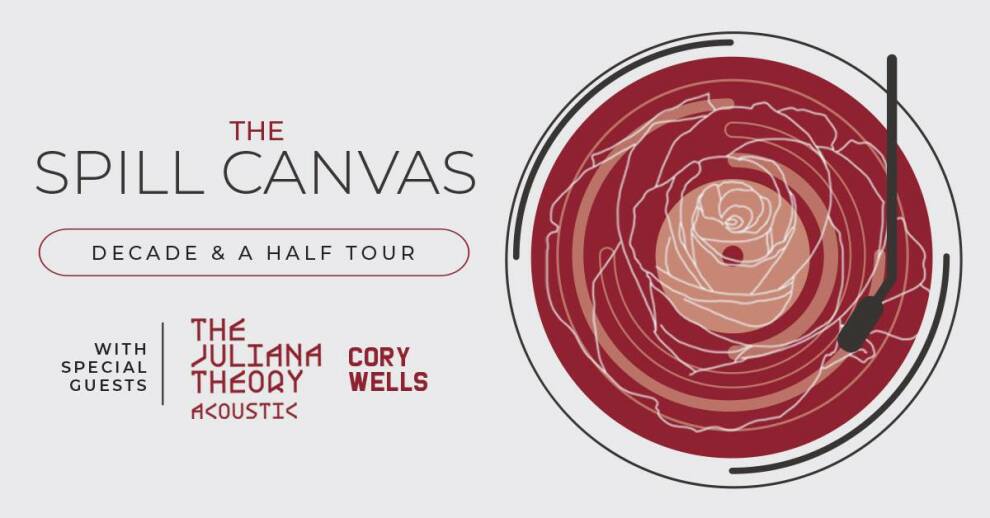 Courtesy of The Masquerade
Cost: $18
The Spill Canvas initially began as a solo project for singer-songwriter and guitarist, Nick Thomas. The South Dakota native wrote, performed and produced his first widespread album, Sunsets & Car Crashes, released by 111 Records in 2004. After which, the act officially transitioned into a four-piece band, later recording their dynamic full- length debut, One Fell Swoop, in 2005 alongside producer, Ed Rose (The Get Up Kids). In 2006, The Spill Canvas signed to Sire Records, releasing their major label debut, No Really, I’m Fine, in 2007. Produced by Neil Avron (Fall Out Boy, Yellowcard, The Wallflowers), the album climbed to No. 2 on Billboard’s Heat Seekers chart with the single, “All Over You.” After a departure from the label and a short hiatus, the band self-released Gestalt, with the single “To Chicago” reaching number one on PureVolume. With much anticipation, the band has jumped back into the studio, releasing their first new music in five years, a three-song collection, Hivemind, this July. The Spill Canvas will be headlining the “Part of the Hive” tour this summer with more new music soon to follow.
More information