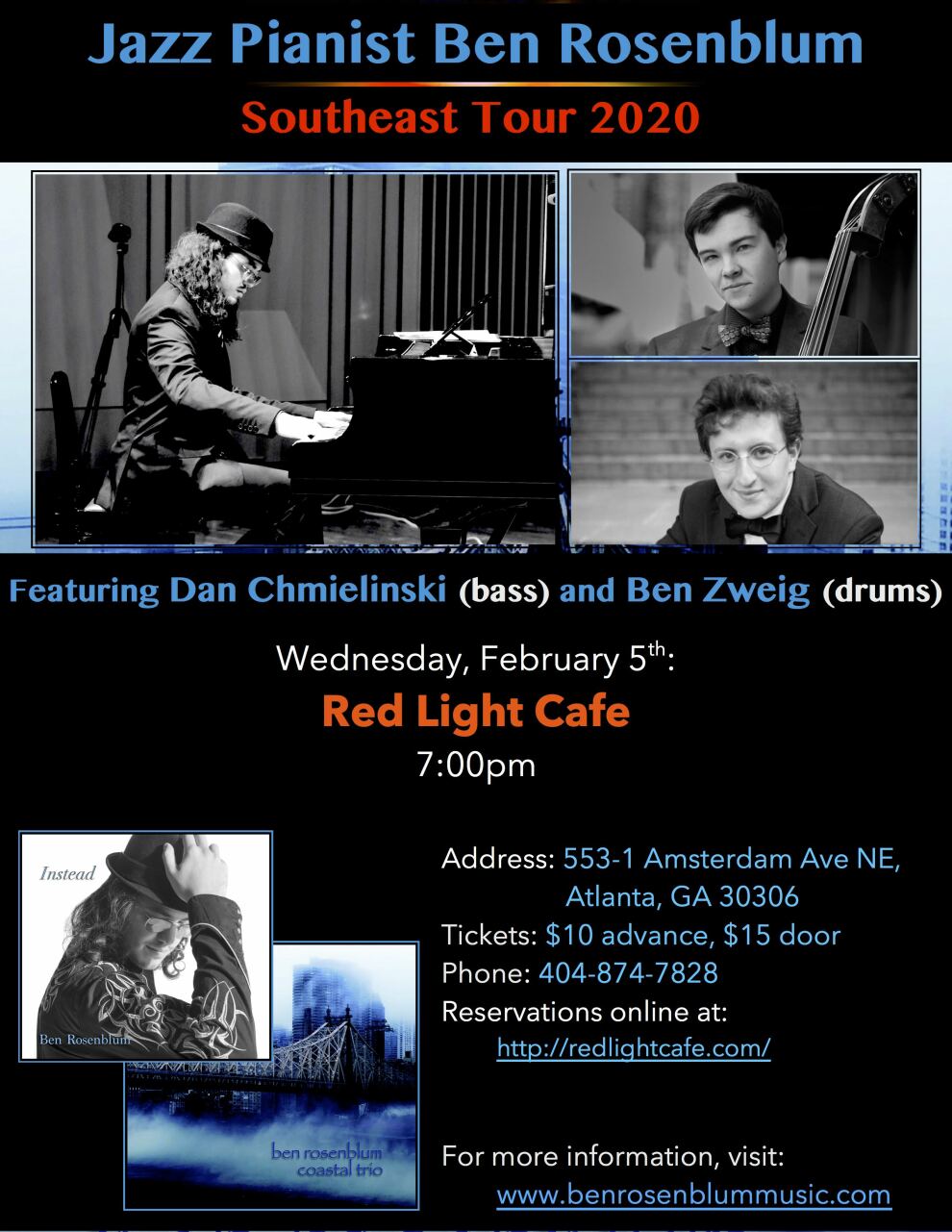 Cost: $10 advance, $15 at door
Award-winning New York City jazz pianist Ben Rosenblum will perform an intimate concert at the Red Light Cafe in Atlanta, part of a nineteen performance Southeast tour through Florida, Georgia, South Carolina, North Carolina and Tennessee. This evening will feature Rosenblum's regular touring drummer Ben Zweig, along with acclaimed bassist Dan Chmielinski. Ben Rosenblum has been called “mature beyond his years,” (Sea of Tranquility), an “impressive talent” (All About Jazz) who “caresses [[[the music] with the reverence it merits” (Downbeat Magazine). Since the release of his debut trio album, Instead (4 stars, Downbeat), Rosenblum has toured with his trio throughout the United States, including multiple extensive tours of the Northeast, Midwest, South and West Coast, and internationally in Canada, Europe and Japan. He was a featured soloist at Carnegie Hall's Stern-Perelman Auditorium – with Reona Ito's New York Harmonic Band – and has appeared at prestigious venues throughout the world, including at the Appel Room at Lincoln Center, Kuumbwa Jazz Center, Ravinia, Himawari-No-Sato Concert Hall in Yokohama, Bird's Eye in Basel and the Library of Congress. His second album, River City, was called “richly romantic” and “well-realized” by JAZZIZ Magazine, which featured the title track as part of their Fall 2018 CD.
More information