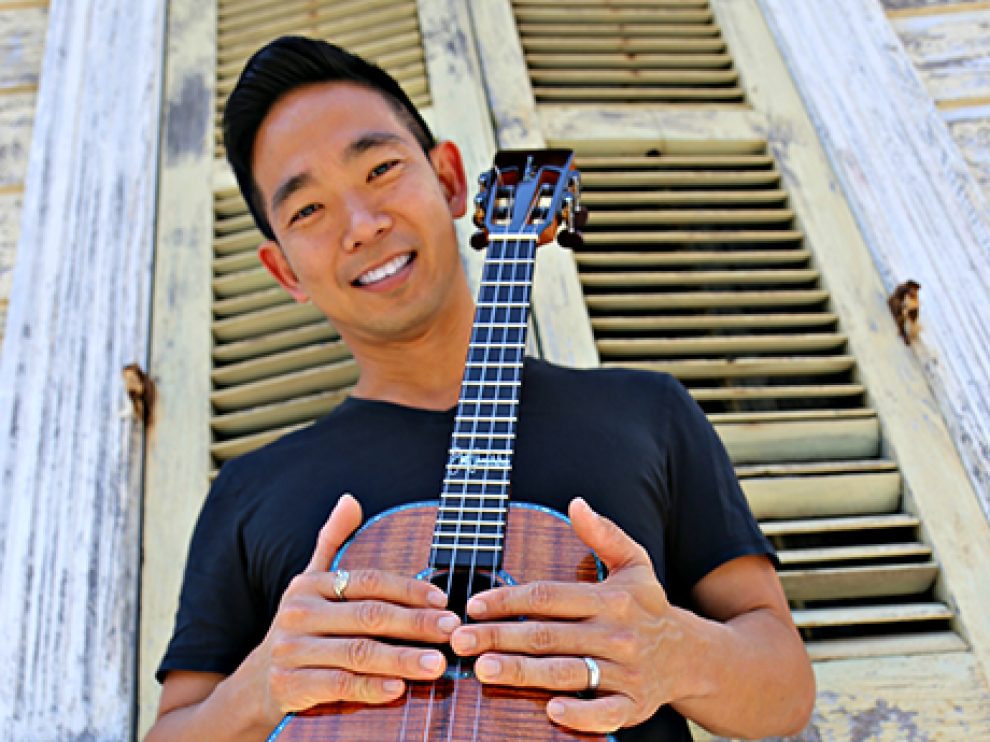 Courtesy of City Winery
Cost: $30-$45
Every major artist has that one defining album or performance, but for ukulele master Jake Shimabukuro, his entire career has been filled with such magical achievements. Since he first came to the world’s attention with his deeply beautiful and original take on George Harrison’s “While My Guitar Gently Weeps” in a viral video that dominated YouTube in 2005, the Hawaiian-born Shimabukuro has virtually reinvented the four-string instrument, causing many to call him “the Jimi Hendrix of the ukulele.” “I just wanted to play the ukulele my way, which turns out to be very different from what everybody else has done,” says Shimabukuro, who started playing the instrument at the age of four and learned the basics from his mother, Carol. “Most people just strummed the ukulele, but I started playing melodies, and a new world opened up – I was singing through the ukulele.” As soon as music fans got a listen to Shimabukuro’s virtuosic approach to the ukulele, they were hooked. Albums such as Gently Weeps, Peace Love Ukulele and Grand Ukulele topped the Billboard World Music Charts, and as a live performer he became one of the hottest tickets around, headlining the Hollywood Bowl, Lincoln Center and the Sydney Opera House (he even performed for Her Majesty Queen Elizabeth II) while making frequent appearances on media outlets like The Today Show, Good Morning America, Jimmy Kimmel Live! and Late Night with Conan O’Brien. In 2016, Shimabukuro recorded the all-original Nashville Sessions at Music City’s famed Ronnie’s Place studio with producer R.S. Field (Steve Earle, Webb Wilder) and the ace rhythm section of bassist Nolan Verner and drummer Evan Hutchings. And now he’s returned to the same city and studio – and with the same gang, too (augmented by guitarist Dave Preston) – for his newest record, The Greatest Day, which will be released on August 31, 2018.
More information