The World/ Inferno Friendship Society, Blood on the Harp 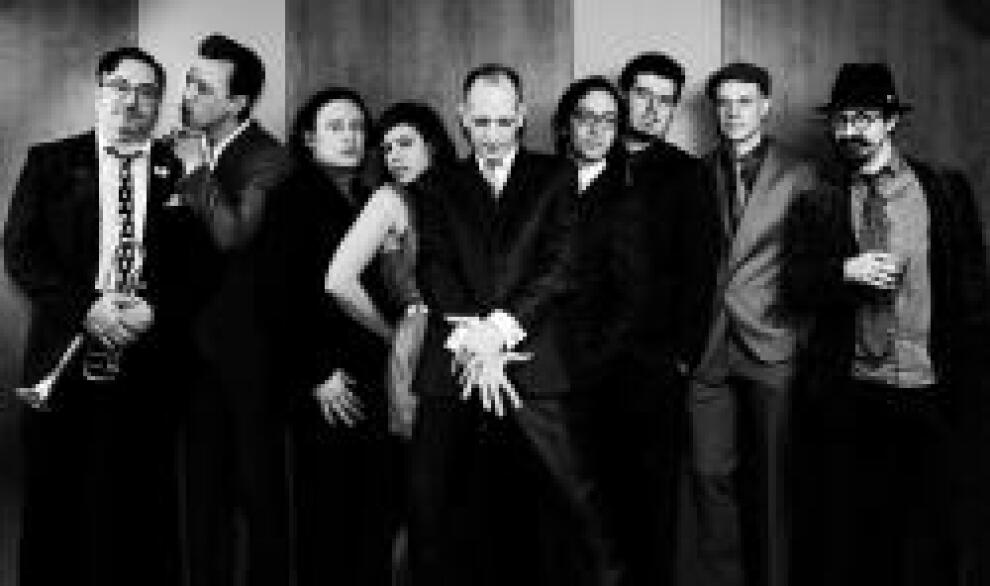 The World/Inferno Friendship Society, a gang of dangerous loonies who like to break things, is coming to your town. Bringing their newest album, “This Packed Funeral” released on California based Alternative Tentacles Records in the band's unique punk rock cabaret style, the ten tracks on the LP feature their signature critically acclaimed romantic tangoing/violent break up inducing mayhem while expanding previously unexplored territory combining contrapuntal fugue, the rhythmic percussion of a New Orleans Funeral March and classic the hardcore punk sounds of Code Of Honor, TSOL and The Damned. Check out the World/Inferno Friendship Society’s Dolce Far Niente lyric video and select tracks off the new album at: http://www.alternativetentacles.com/product.php?product=2200&sd=0b-6VSDxJgp-RrYoWPb The World/Inferno Friendship Society consist of 7 to 13 members who enthusiastically delight in encouraging all who identify as youth, both young and old, to change the system. They come armed with cascading piano, ace saxophones, snarling guitars, low B bass, and whomever else gets in the bus. The World/Inferno Friendship Society is fronted by Jack Terricloth, who had his exploits profiled in the NY Times Arts Section for the multi-media stage version of the group’s record “Addicted to Bad Ideas” [[[http://www.nytimes.com/2009/01/08/arts/music/08worl.html]. WORLD/INFERNO FRIENDSHIP SOCIETY combine their skills to create a style that is equal parts punk, soul, klezmer and jazz, featuring horns, piano, guitar and a lot of boys and girls with very sharp teeth with a must-see stage charisma rivaling Slim Cessna's Auto Club. The ensemble has over 40 members, Joining Terricloth once more, is co-founding member of this bizarre gang of dangerous loonies, Scott Hollingsworth, is back and in the producer's/piano stool and will be touring with the band on keys. The band been making beautiful, orchestral punk rock records since 1995, They originally signed with the eerily prescient NJ Hardcore label Gern Blandsten (Ted Leo, Radio 4, Rorschach, The Liars) with whom they released 2 albums: “The True Story of The Bridgewater Astral League”(1997), “Just The Best Party” (2002) and a gang of singles which were compiled on “East Coast Super Sound Punk of Today!” (2000). They have toured incessantly for the last 20 years, prompting one NPR spokesman to comment that the amount of jobs they have been fired from to go on the road would be “enough to save the present economy”
More information