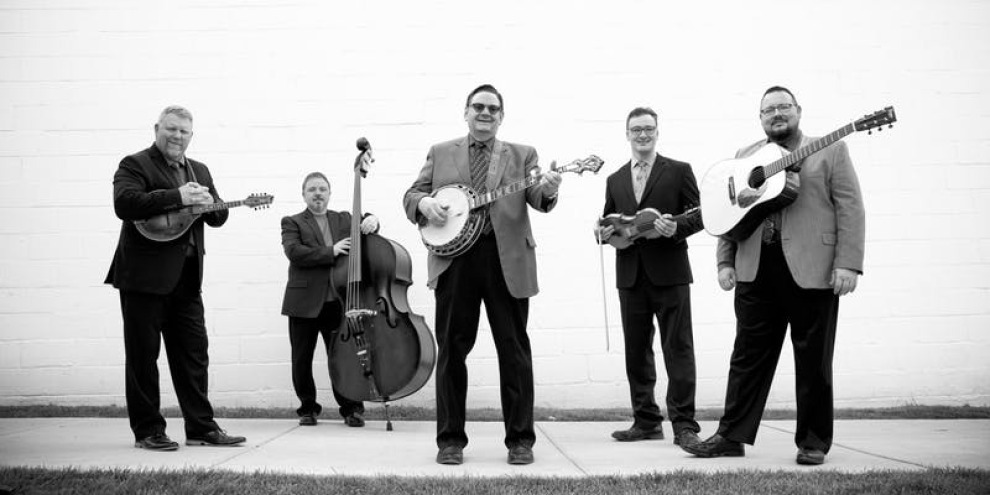 JOE MULLINS & THE RADIO RAMBLERS bring their popular and growing brand of Bluegrass music to Billy Blue Records with For The Record, a twelve (12) song debut release on the young label. Lead by banjo playing Bluegrass veteran Joe Mullins, the band includes a plethora of instrumental and vocal talent with Jason Barie on fiddle, Mike Terry on mandolin and vocals, Adam McIntosh on guitar and vocals, and Randy Barnes on upright bass and vocals. They are true industry and fan favorites, having garnered multiple IBMA (8) and SPBGMA (4) Awards, including the 2019 IBMA Award for Entertainer of the Year and Collaborative Recording for "The Guitar Song, as well as the 2018 IBMA Award for “Song Of The Year” (“If I’d Have Wrote That Song”). From the hard-driving “That Old Wheel” and the fun, upbeat “Bacon In My Beans,” to the emotional “A Folded Flag” and beautifully arranged soulful vocals of “I Want To Know More,” every track on this new project is strong evidence that Joe Mullins & The Radio Ramblers are at the top of their game.

A duet between band leader Joe Mullins and legendary Grand Ole Opry member, Del McCoury, "The Guitar Song" was co-written by another legend, Country Music Hall of Fame member Bill Anderson, with award-winning songwriters, Jamey Johnson and Vickie MCGeehee. Joe Mullins' cleverly arranged version of the song is a conversation between two pawn shop Instruments, a guitar and a banjo, hanging side-by-side on a store wall. The guitar (McCoury) and banjo (Mullins) discuss their respective Bluegrass histories in the hands of some of the genre's greatest pickers and singers.

Having gained the reputation as a band who always chooses great songs for their projects, the recognizable sound of Joe Mullins & The Radio Ramblers, with their rich vocals, have exceeded that reputation delivering another collection of wonderfully well-written songs arranged and recorded in their own style that is sure to continue to grow their fan base.