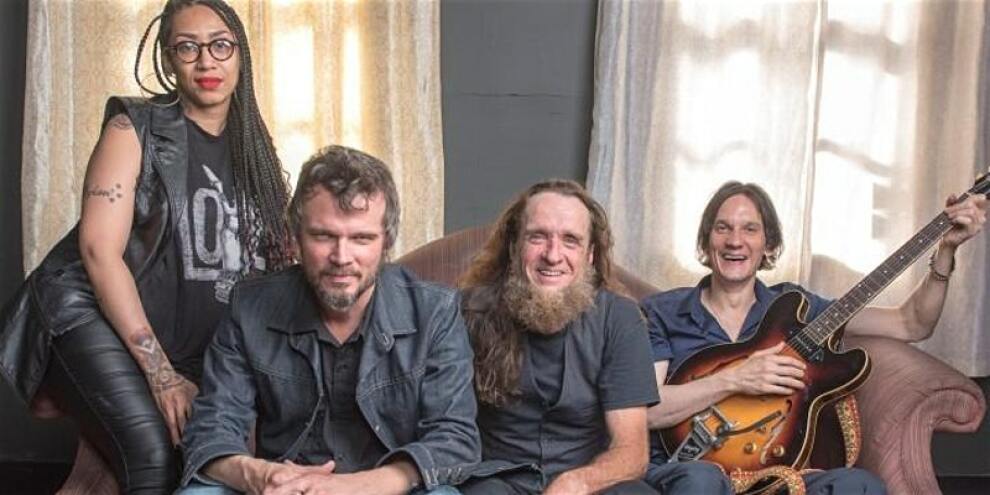 A forgotten roll of film inspired a musical accompaniment, the North Mississippi Allstars’ new record Up and Rolling. Shot before the turn of the century, the photographs resonate with the music of four families from the Mississippi hills. The album captures the communal spirit upon which the band was founded.

In 1996, a photographer from Texas, Wyatt McSpadden, traveled to North Mississippi looking to photograph local musicians. Brothers Luther and Cody Dickinson had grown up just south of Memphis and cut their teeth playing experimental rock & roll together, as well as the roots repertoire pioneered by their father, Jim Dickinson, a legendary producer (Big Star, the Replacements) and session player (Rolling Stones, Bob Dylan). Their feet were firmly planted in the North Mississippi mud and music scene, and they were excited to show Wyatt around their community, to introduce him to the musical families of Otha Turner, RL Burnside and Junior Kimbrough.