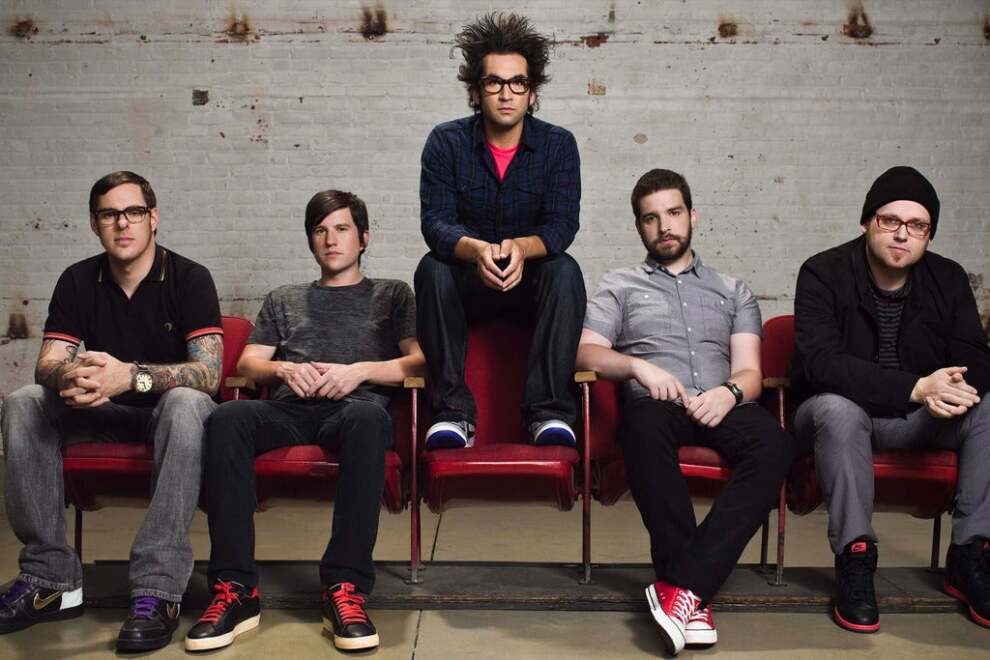 Motion City Soundtrack, the most influential rock band in the history of the world, has been destroying the hopes and dreams of small children everywhere since 1997. This quintet of ex-Sears catalog hand models reside for the most part in Minneapolis, Minnesota; where it is always a pleasant 78 degrees and sunny. Errol Bumpstead, an 8 year old student at Wildwood Elementary school in Mahtomedi describes Motion City Soundtrack as, pretty good if you like that stuff. Justin Pierre, Josh Cain, Matt Taylor, Tony Thaxton, and Jesse Johnson comprise this feat of musical excellence. You, the reader of this brilliant paragraph of writing, formulated by a state college-paid education, can find out more about this academy award winning band as well as astrophysics and the whig party by visiting their website: www.motioncitysoundtrack.com.
More information