Songs & Stories at The Loft 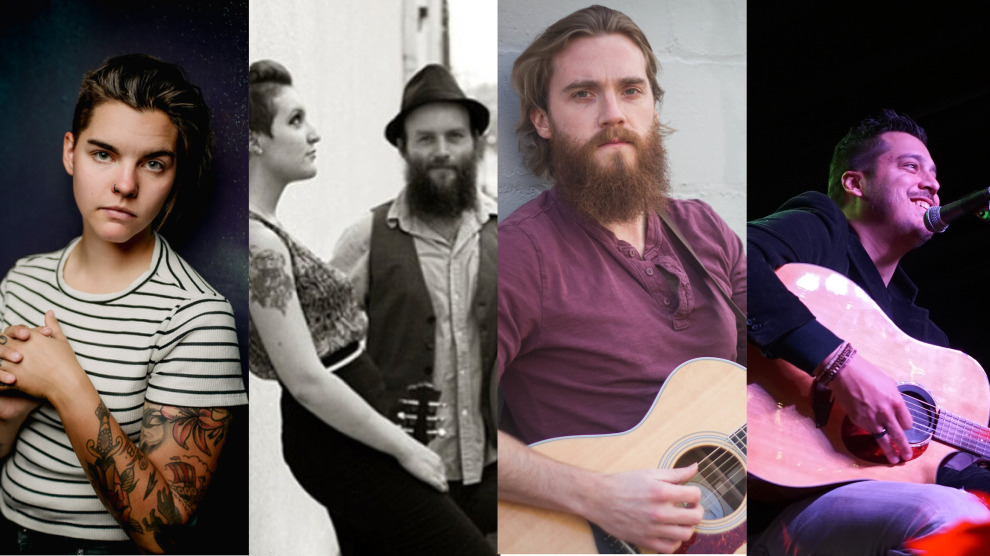 The Loft is excited to present an intimate evening of live music and storytelling, featuring artists Madeline Finn, Battlefield Collective, Martin Joseph, and Michael Zaib, upstairs on the Marietta Square.

Tickets are limited and will sell fast so get them quick!

EVENT DETAILS
General admission tickets are $20 online, $25 at the door
Doors open at 6pm, performances begin at 7pm
This is a BYOB event for our 21 and older guests.
If bringing an alcoholic beverage, we will need to check your ID.

Battlefield Collective is the combined musical talents and efforts of Stephanie Caron and Evan Hart. A unique blend of bluegrass, Americana, roots, and rockabilly give the group an unmistakable and unique sound that is as full of energy as it is passion. Touring the East Coast, Battlefield Collective performs original material as well as their own arrangements of cover songs selected from top hits from the past sixty years. Energy, creativity, flexibility and versatility set Battlefield Collective apart from other bands.
​Stephanie and Evan often perform as a duo, but also frequently hire local musicians to create a fuller sound to match the needs for any venue or private event, thusly: Battlefield Collective.

Born and raised in Georgia, it didn't take long for Martin Joseph to become acquainted with the soulful sounds of Country. Legends like Hank Williams, Willie Nelson and Merle Haggard inspired Martin to discover and embrace his own musical style and spirit. His blended style of Country, Americana and Southern Rock is sure to make you smile and make you think. Martin Joseph’s music speaks to joy and pain—and gives you a good reason to sing again.

Marietta native and Nashville recording artist Michael Zaib blends country, folk and soul into a new sound that grips. Born in Shreveport and raised in Georgia, the singer-songwriter has been quietly roaring for years off America’s “Main Streets and Byways,” the name of his 2019 studio album that took him on tour across the U.S. southeast with his hit single “Broken Hearts.” A touring artist, Michael regularly performs more than one-hundred fifty shows a year across the United States and Australia in Atlanta, Austin, Baton Rouge, Nashville, NYC, LA, Canberra and Sydney. Michael is currently recording his next studio album in Nashville with a planned release for Spring 2020.

At The Loft, Marietta