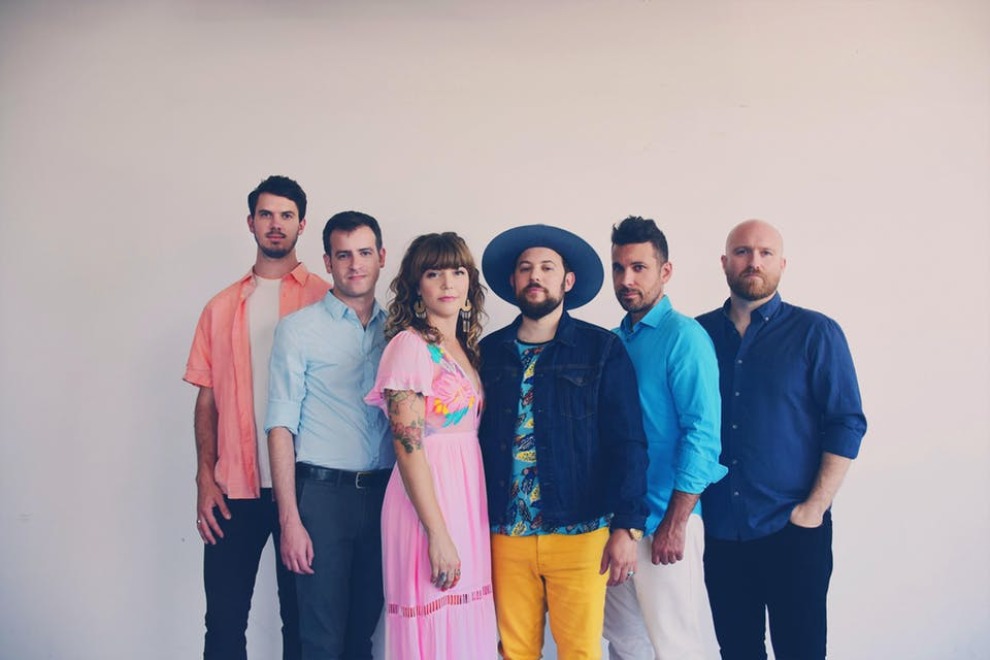 Dustbowl Revival has always been about pushing the boundaries of what American roots music can be. In many ways, they could have continued creating joyful, booty-shaking songs and cut-to-heart folk-rock ballads that lift up their transcendent live shows - and mining new energetic material from the place where folk music, funk and soul meet.

But the band’s newest album, Is It You, Is It Me, coming January 31 via their own Medium Expectations label and Nashville’s Thirty Tigers, is something different entirely. Produced by Sam Kassirer [[[Lake Street Dive, Josh Ritter] and engineered by Brian Joseph [[[Bon Iver, Sufjan Stevens], it represents the latest stage in a band that never stops evolving and refuses to stand still.

After celebrating over a decade of sonic adventuring, playing thousands of shows together in ten countries and counting, and collecting a devoted and growing fanbase coast-to-coast, the six core members — founder Z. Lupetin, Liz Beebe, Josh Heffernan, Matt Rubin, Ulf Bjorlin and Connor Vance — knew they had to create something bigger.

The scary novelty of this creative process exposed doubt and tension - but also brought out a new courage in the band to dig deeper than ever. The result is a sonic revelation and a reckoning. Maybe it captures a conversation that hasn’t happened yet: between people on both sides of a divide that simply don’t know how to talk to each other. Many of the songs are like plays unfolding verse by verse. It’s the yin-yang conversational harmony that is the true specialty of Z. Lupetin and co-lead singing dynamo Liz Beebe, who both grew up performing and writing in the theater. With a big brass-and-strings band building the sets around them, Is It You, Is It Me isn’t afraid to explore the personal and political tension that the group may have shied away from facing before.