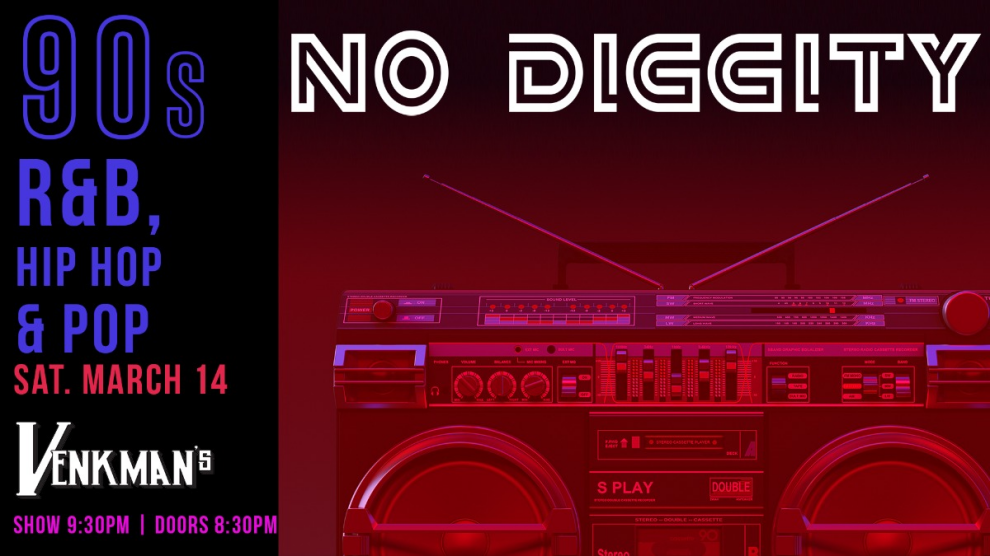 No Diggity Band is hands-down the most exciting and talent-packed 90s-2000s Hip Hop, RnB and Pop Tribute and Party Band in the nation!

Barely a year old, No Diggity has already SOLD OUT all of their Atlanta area shows to date. An all-star packed group of talent, No Diggity's members have shared stages with Elton John, Pink, Jack Johnson, Bonnie Raitt, and more.

No Diggity curates a night of nonstop, pure fun and a party to remember by mixing, mashing and smashing some of their own versions of the classic 90s and early aughts jams!