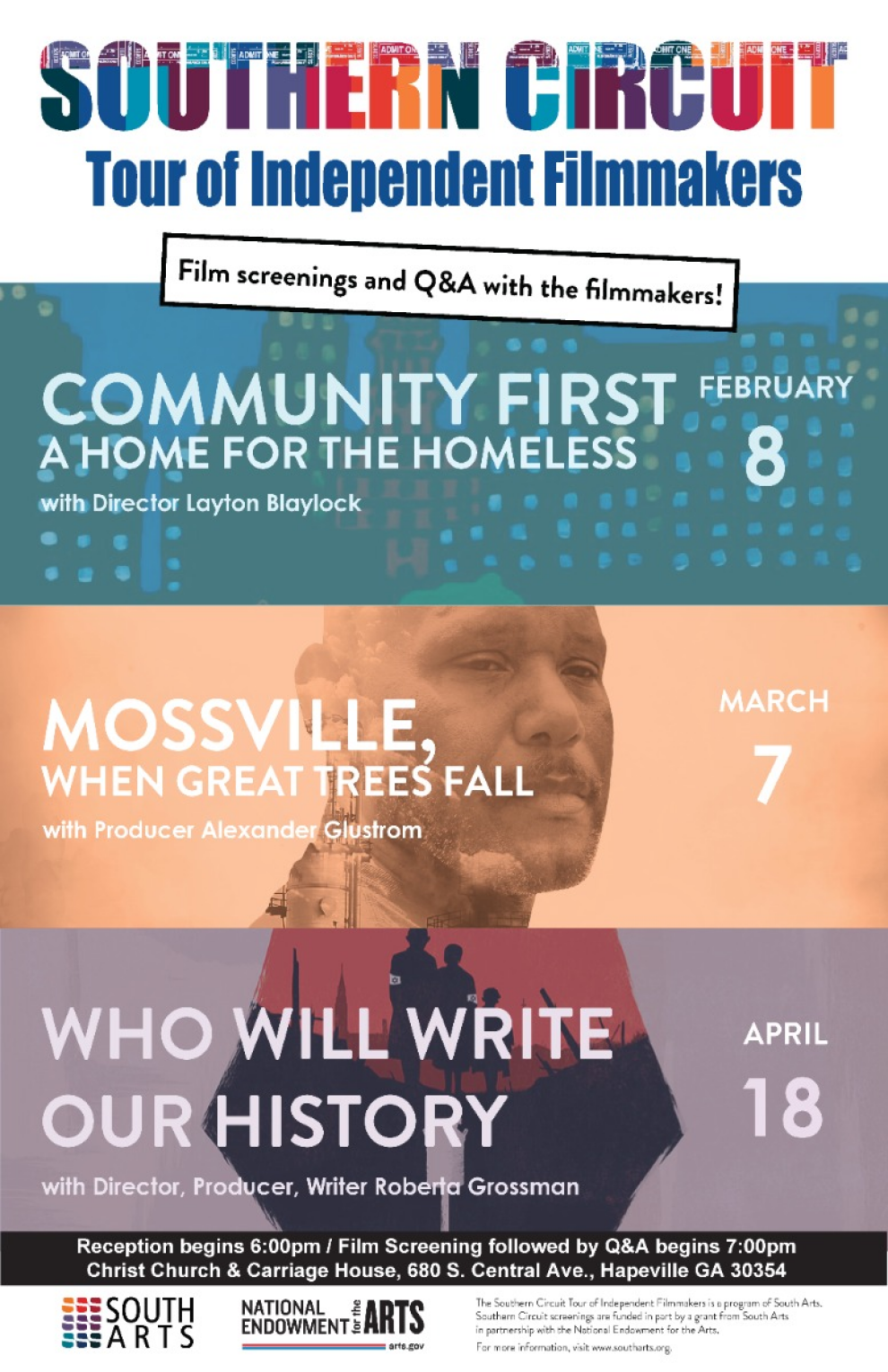 The City of Hapeville proudly presents the Southern Circuit Tour of Independent Filmmakers.

The 2019-2020 Series Screenings will continue on Saturday evenings at the Historic Christ Church & Carriage House starting with a Reception with the Filmmaker at 6 p.m. and the Film Screening at 7 p.m. followed by a Q&A with the filmmaker. Free admission and parking.

Who Will Write Our History is about who gets to tell the story. A secret band of journalists, scholars and community leaders decided to fight back. Led by historian Emanuel Ringelblum and known by the code name Oyneg Shabes, this clandestine group vowed to defeat Nazi lies and propaganda not with guns or fists but with pen and paper.