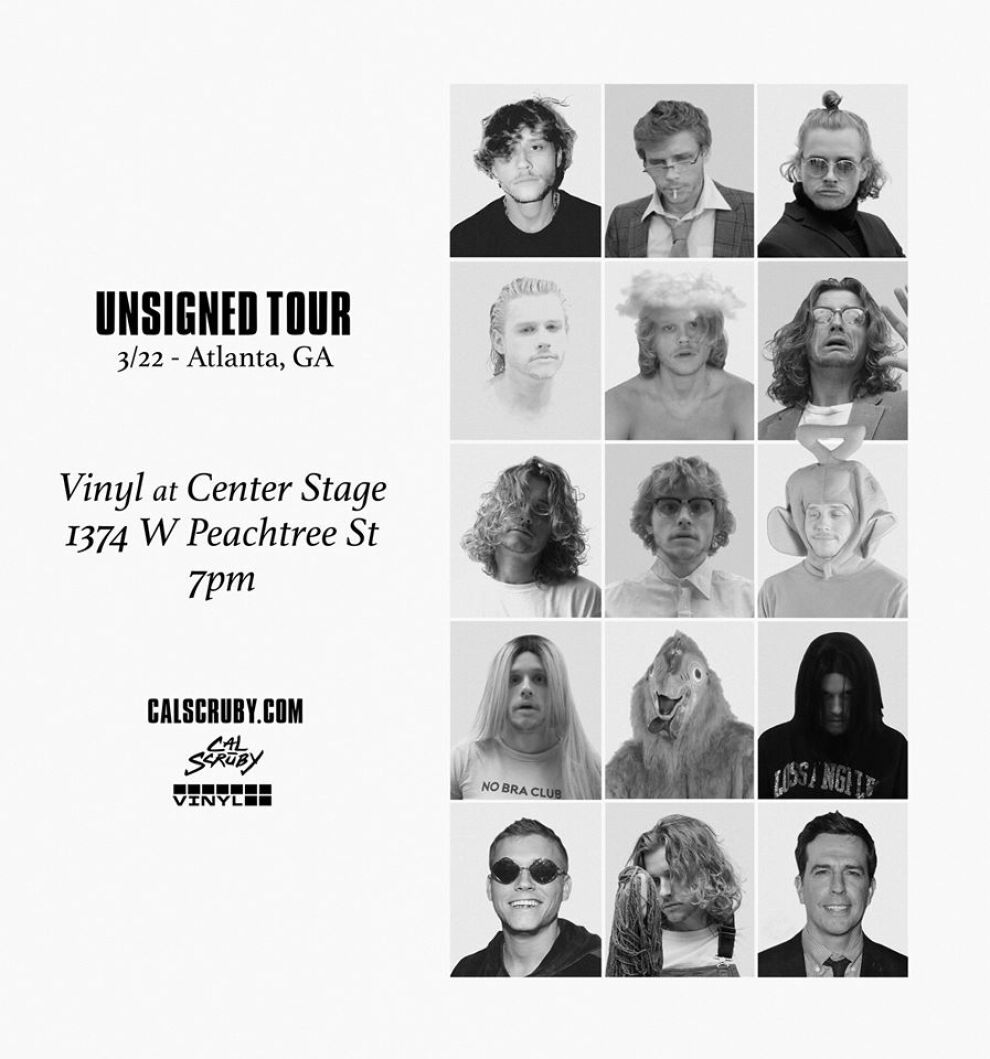 Photo Courtesy: The Loft/Center Stage/ Vinyl
Cost: $12-$35
The VIP will consist of: Early entry into show (one hour prior to doors is when the meet and greet will begin) One photo with Cal Scruby (personal phones allowed) One tour poster Cal Scruby was raised in smalltown, Ohio — but Cincinnati is his home. As a junior at Ohio State, Cal created his first mixtape using popular industry beats. Several projects later, Cal moved to California to pursue his music career with a Los Angeles-based management company. After four years of wandering the industry, Cal regained his sense of direction as an independent artist. This year, he has grown organically with a barrage of content, culminating in his debut album — UNSIGNED.
More information