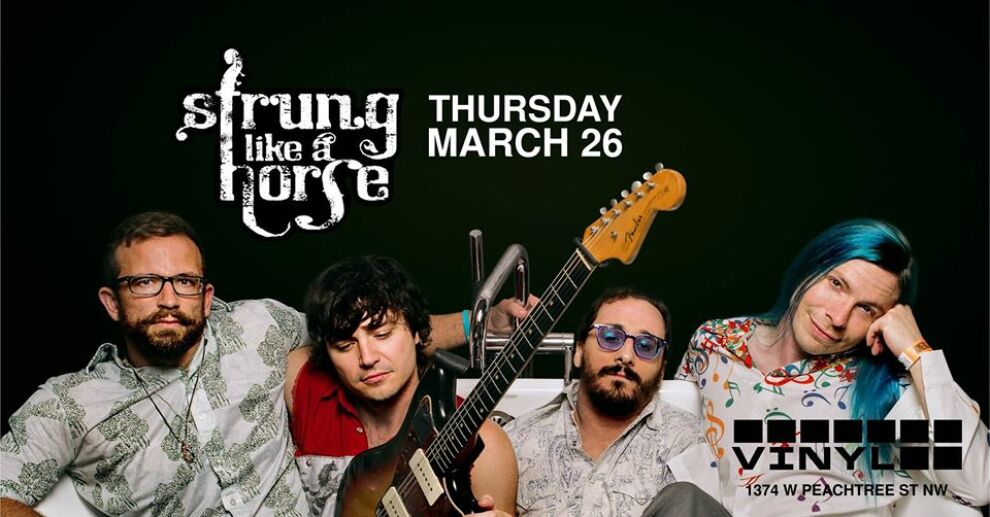 Photo Courtesy: The Loft/Center Stage/ Vinyl
Cost: $12-$15
Strung Like a Horse is known for their signature brand of Americana, distilled from old-school storytelling, newgrass instrumentations, and alt-rock edge. Noted by Amos Perrine in No Depression as among the “Best New Music” and a “Don’t Miss” at AmericanaFest, the band’s authenticity, high energy, and great fondness for a good time have made their live shows a cult favorite. Sam Bush remarked, after they opened for him, that their full-tilt set “makes me sound like Bill Monroe.” Strung’s first studio album, WHOA!, produced by Matt Ross-Spang (Jason Isbell, John Prine), will be released on Transoceanic Records in early 2020.
More information