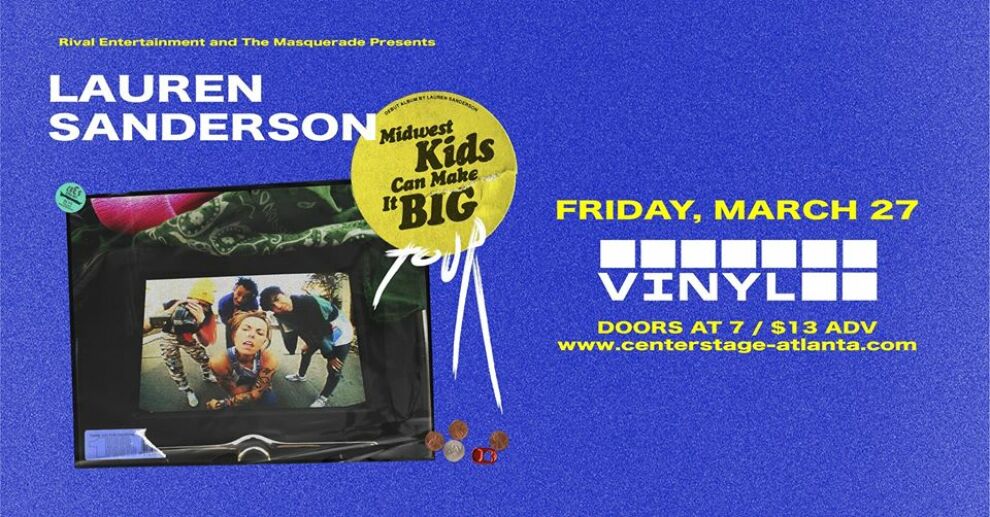 Photo Courtesy: The Loft/Center Stage/ Vinyl
Cost: $13-$80
Lauren Sanderson is a rebel with a cause. Ringing in the new year with her debut album, Midwest Kids Can Make It Big, this Indiana teaches us all a little something about believing in yourself and following your dreams. From sensual bops like “But I Like It” to cathartic apologies like “To The People I Hurt”, she has seen praise from Zane Lowe’s Beats 1, created an incredibly loyal cult fan base, nailed numerous placements on Spotify’s New Music Friday, and trust me… she’s just getting started. Having gone from being her own manager, booking her own first tour and recording music in her bedroom closet to opening for FINNEAS on tour last fall and releasing her debut, the DIY mogul is an exemplary case of dedication, passion and self-assurance. Lauren’s dominant voice takes charges and as a savant with words, she showcases her songwriting capabilities with her ability to inspire and release to the masses. Cut from the same cloth as Mac Miller and Lorde, this girl is real, unstoppable, and it’s only going up from here.
More information