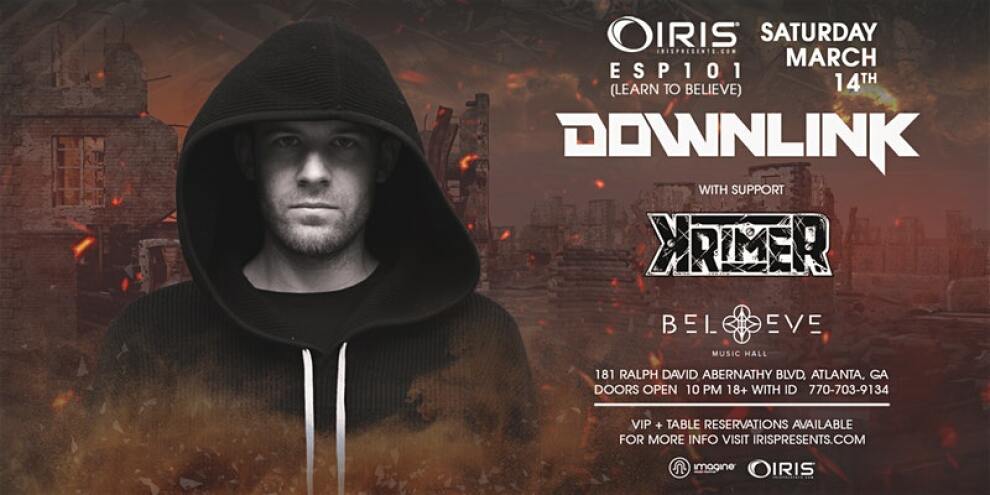 Courtesy of Believe Music Hall
Cost: $10-$35
DOWNLINK - A name firmly cemented in the hearts and minds of the bass music community. He is respected the world over as a producer of the highest quality dance floor bangers. He has had numerous #1 hits on Beatport and has released music with major labels like Rottun, OWSLA and Mau5trap. He has helped mix an album for the legendary nu-metal band Korn. He has toured the planet far and wide, leaving a wake of awe-struck audiences in his path. To see him live is to witness one of the tightest technical DJ's in the game. His 4 deck live mixing and infectious stage energy light up venues turning crowds on their heads time after time. Expect lightning fast mixing on a journey through a wide variety of bass music. All tempos are fair game as long as its underground vibes and dirty bass.
More information