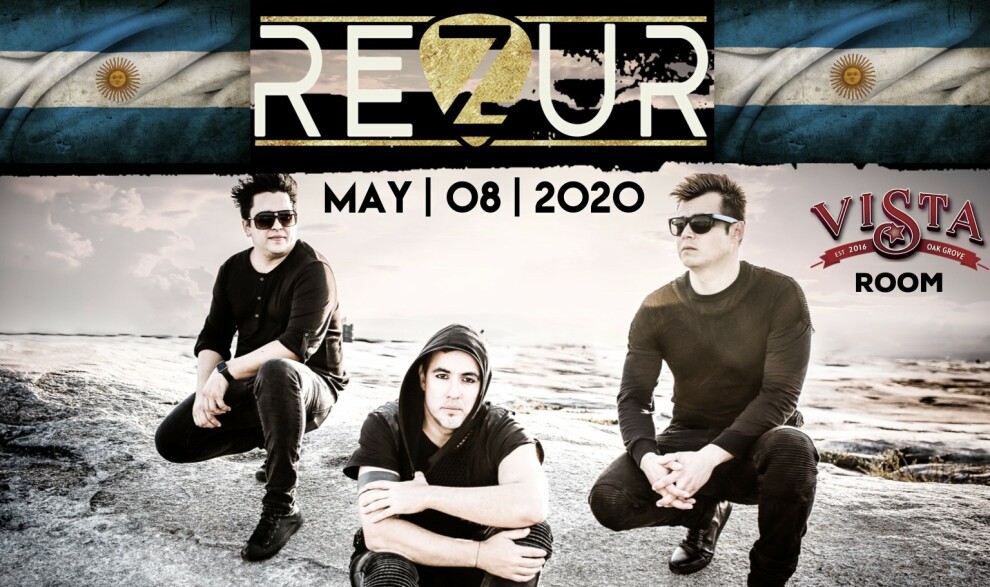 SODA STEREO was a huge 80s & 90s Argentine power rock pop band considered one of the most influential Latin American bands of all time.  Seven albums, dozens of giant hits were silenced when lead singer Gustavo Cerati died of a stroke 5 years ago.

Today REZUR recreate the beloved sound & soul of Soda Stereo after demanding from fans because Yojhan sounds so much like him and are the only band with the same theatrical and glamorous aesthetic to bring life to the Clever, often mysterious lyrics and pleasing musical arrangements of Soda Stereo.

They will authentically recreate 24 of the hits in front of your eyes on stage in 2 exhausting sets NOT TO BE MISSED!

The band's sound was heavily influenced in the beginning by British and US new wave and post-punk groups like The Police, XTC, Talking Heads, and Squeeze.  In 1997, after a farewell tour through various countries, Soda Stereo played their last show in front of 75,000 people at the River Plate Stadium in Buenos Aires. A 2007 comeback tour "Me Verás Volver"  gave their fanbase one final opportunity to see them perform live. The large audiences that attended confirmed once again Soda Stereo's capacity to sell tickets in record numbers throughout Latin America and the USA.