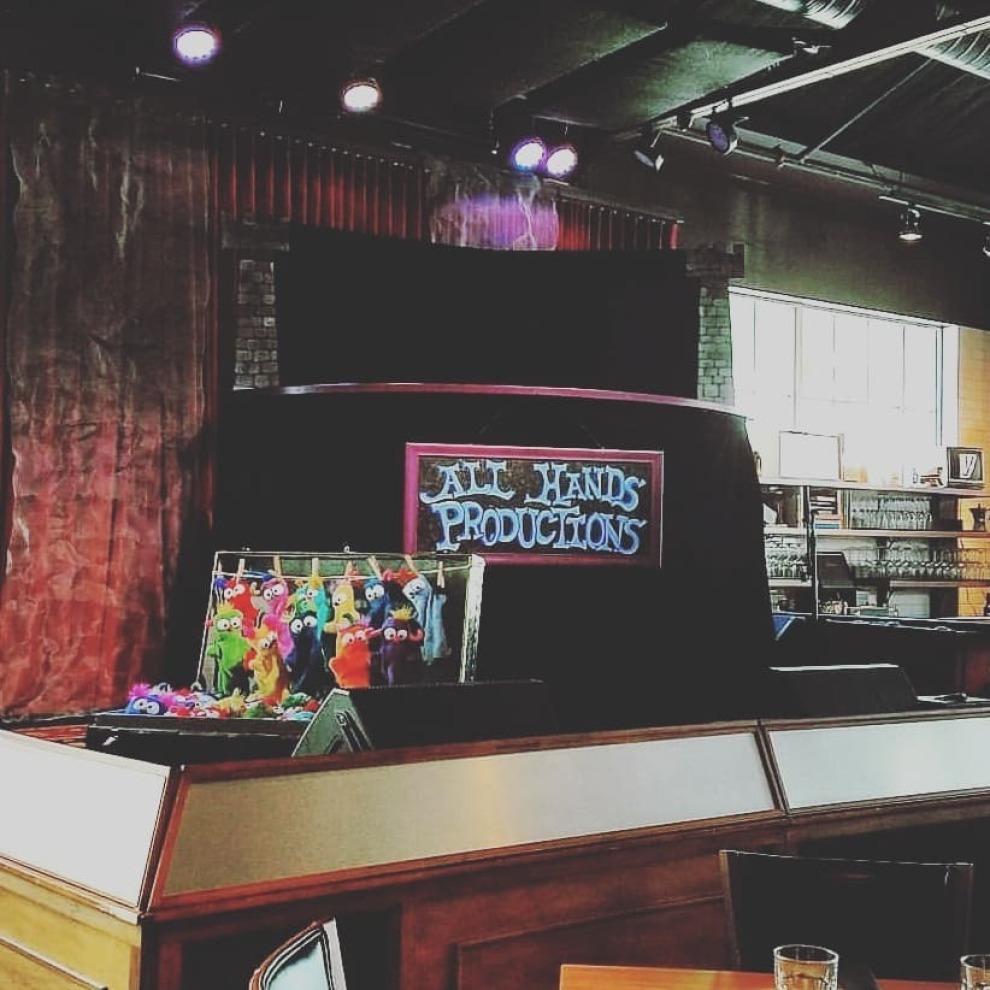 Princess Penepole loves to read about dragons. Imagine her surprise when she actually meets and befriends a dragon! Their introduction coincides with the arrival of a much-touted dragon slayer, Sir Reginal Thwebes. Upon discovering the potential threat of a dragon in the palace, King Rhubarb charges Sir Reginald to fight the dragon. Will it be a fight to the death? Will it be a draw? Will they even fight at all? Find out in All Hands Productions version of “The Reluctant Dragon.” Loosely based on Kenneth Grahame's book, this production utilizes colorful moving-mouth hand puppets and rod puppets to tell a story about friendship and understanding. Puppets created by David Stephens and costumes by Sottie Rowell. This show was funded in part by a 2008 Jim Henson Foundation Family Grant.