CANCELED: Music of Phish for Kids 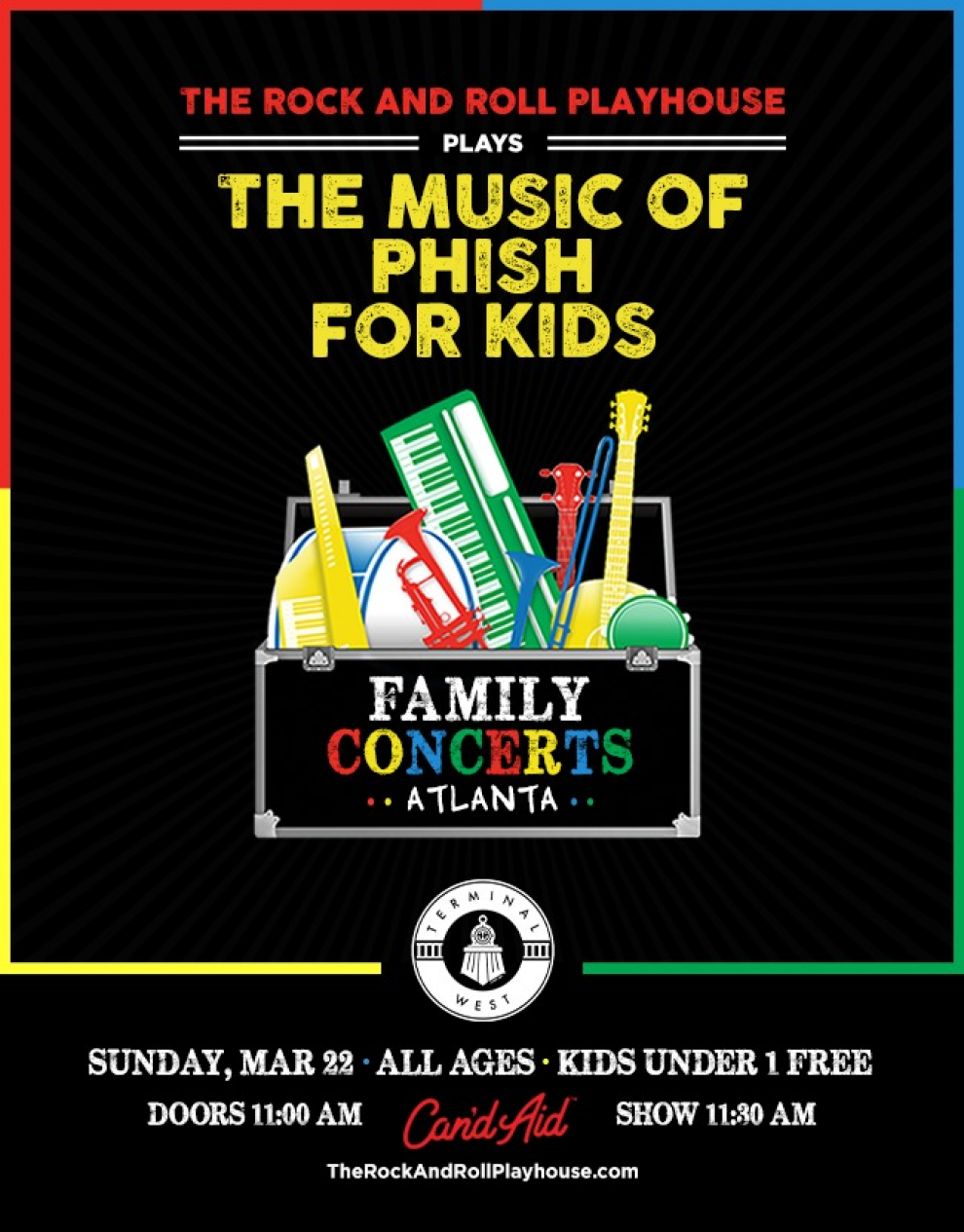 The Rock and Roll Playhouse is excited to bring the Music of Phish for Kids to Terminal West on Sunday March 22, 2020.

The Rock and Roll Playhouse is a children's concert series that allows kids to “move, play and sing while listening to works from the classic-rock canon” (NY Times). The Playhouse offers its core audience of children aged 10 and under games, movement, stories, and an opportunity to rock out in a sensory-friendly environment while playing songs from musical icons such as Grateful Dead, David Bowie, The Beatles, and more. Founded in 2013 in New York City, the Playhouse has now expanded to over thirty venues and cities across the United States.