Good Girls, Super Women, and our Desire to Have it All 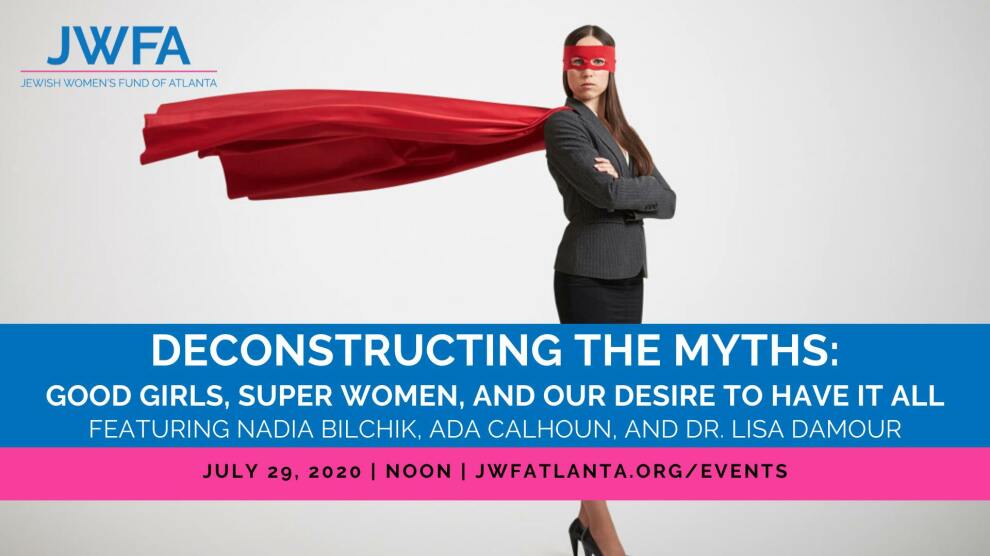 Jewish Women’s Fund of Atlanta and Brandeis University recently concluded a community study that uncovered critical new details regarding challenges faced by Jewish women and girls – challenges that have no doubt been exacerbated by the tumultuous events of the last few months. One of the most significant findings was the ongoing, inter-generational struggle women and girls face in their quest to “do it all” and maintain a façade of perfection throughout their lives. Join us for a conversation that will delve further into the dangers of this anxiety-inducing phenomenon and uncover ways in which we can begin to enact systemic changes that will address this detrimental trend. Our panel of experts includes:

Dr. Lisa Damour is a bestselling author, CBS News contributor and a practicing psychologist. Her award winning books include Untangled: Guiding Teenage Girls Through the Seven Transitions Into Adulthood and Under Pressure: Confronting the Epidemic of Stress and Anxiety in Girls. She also pens a monthly adolescence column for the New York Times.

Ada Calhoun is the author three books, including the bestseller, Why We Can’t Sleep: Women’s New Midlife Crisis. As a journalist, her work has appeared in The New York Times, Time, National Geographic Traveler, O:The Oprah Magazine, The New Republic, New York Post, Cosmopolitan and Redbook.