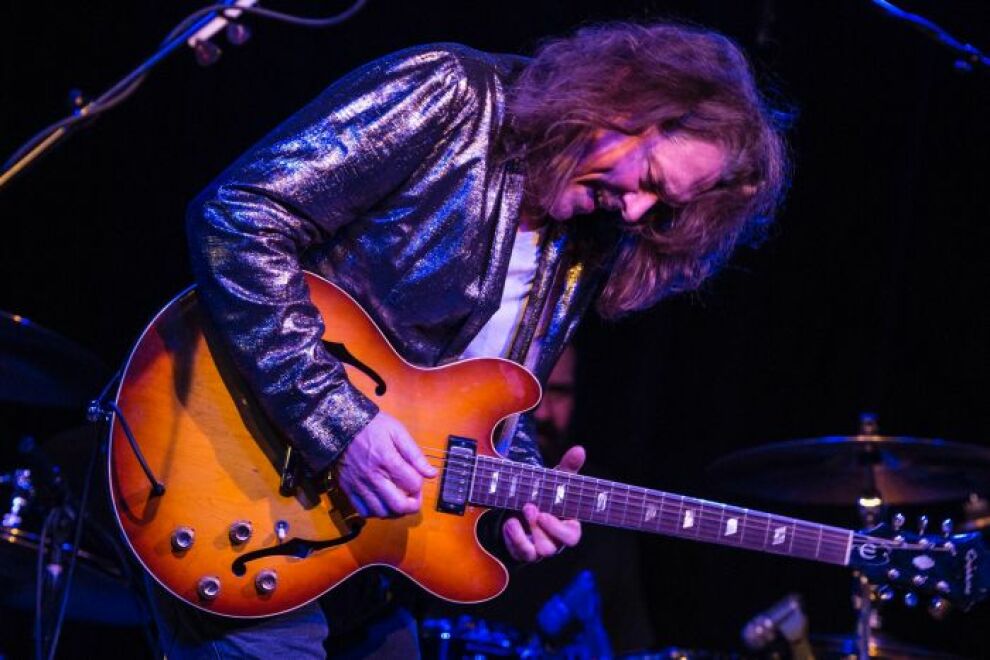 Courtesy of City Winery
Cost: $20
Robben Ford is one of the premier electric guitarists today, particularly known for his blues playing, as well as his ability to be comfortable in a variety of musical contexts. A five-time Grammy nominee, he has played with artists as diverse as Joni Mitchell, Jimmy Witherspoon, Miles Davis, George Harrison, Phil Lesh, Bonnie Raitt, Michael McDonald, Bob Dylan, John Mayall, Greg Allman, John Scofield, Susan Tedeschi, Keb Mo, Larry Carlton, Mavis Staples, Brad Paisley, and many others.Born in 1951 in Woodlake, California, and raised in Ukiah, Robben was the third of four sons in a musical family. His father Charles was a country and western singer and guitarist before entering the army and marrying Kathryn, who played piano and had a lovely singing voice. Robben’s first chosen instrument was the saxophone, which he began to play at age ten and continued to play into his early twenties. He began to teach himself guitar at age thirteen upon hearing the two guitarists from The Paul Butterfield Blues Band, Michael Bloomfield and Elvin Bishop. In the late 1960’s, Ford frequented the Fillmore and Winterland auditoriums in San Francisco to see Jimi Hendrix, Eric Clapton, Cream, Led Zeppelin, Albert King, B.B. King and all of the progenitors of blues. “It was an incredible time for electric guitar,” Robben recalls.
More information