Sophie Scholl in Atlanta, America, and the World 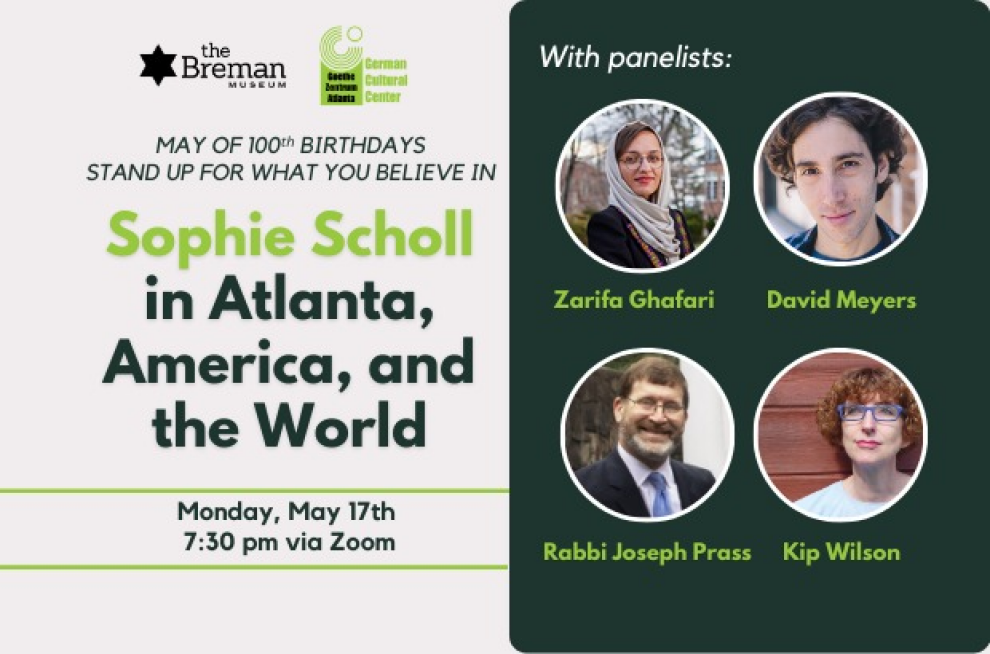 Nazi resistance fighter Sophie Scholl (9 May 1921 – 22 February 1943) was a member of the group The White Rose. She, her brother Hans, and other members of the group were executed on February 22nd, 1943, for treason after publishing multiple leaflets criticizing the Nazi regime at the University of Munich. She was 21 years old at the time of her death.

Following a year of civic unrest and resistance in the United States, the Goethe-Zentrum wants to ask the communities in Atlanta and the Southeast what Scholl’s legacy might mean for protest and democracy in the 21st century. How do her non-violent actions, her courage to fight unlawful laws, and her words of hope and despair resonate with former and contemporary resistance movements in Atlanta and beyond?