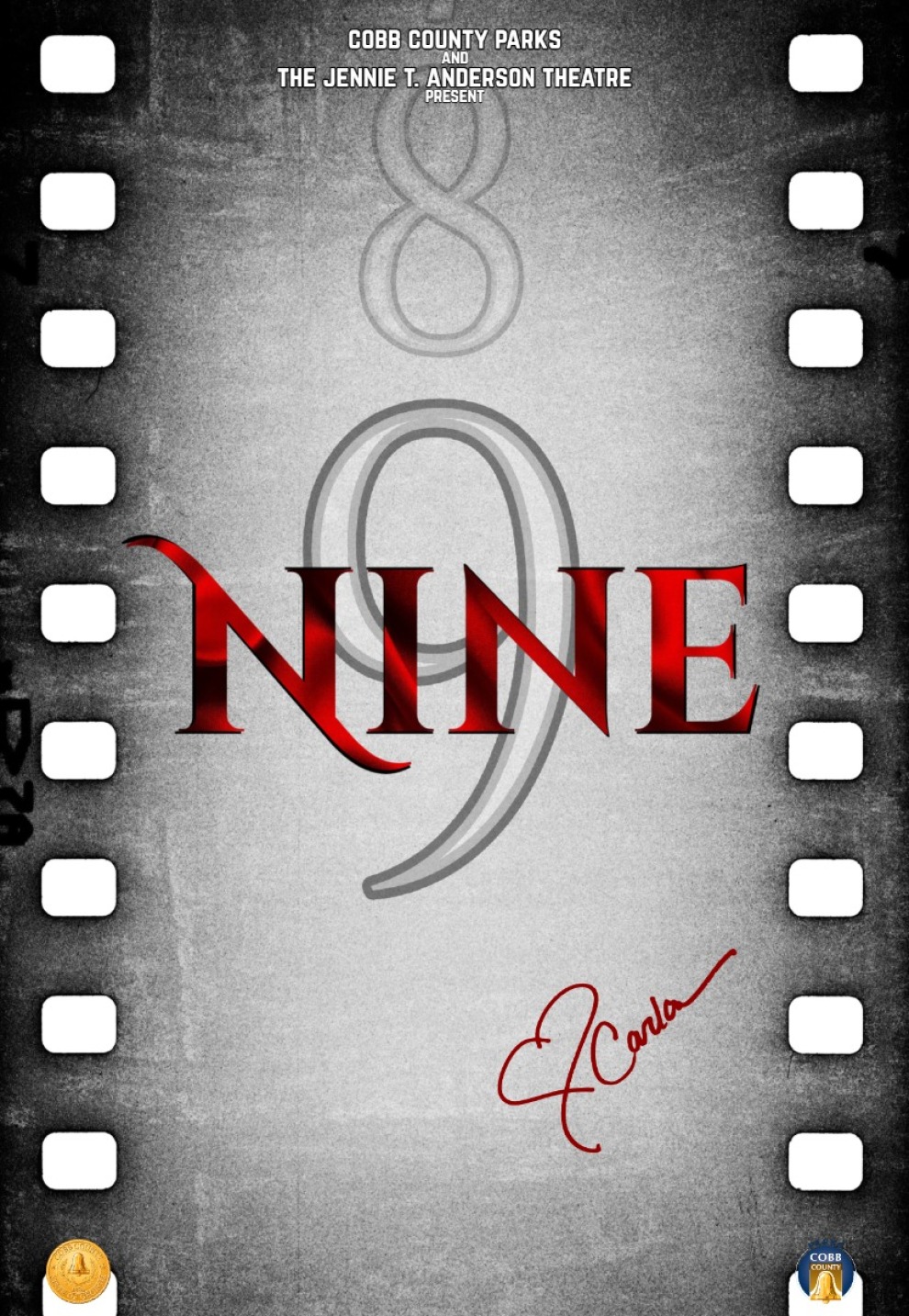 Categories: Concert
Atlanta premiere. Presented by Cobb PARKS and the Jennie T. Anderson Theatre, NINE is a concert-staging of the classic musical about one man and the dozens of women in his life. Celebrated but impetuous film director Guido Contini, succumbing to the pressures of filming his latest film epic, suffers a midlife crisis. One by one, women from his past and present – including his mother, his wife, his mistress, and his leading lady – haunt, instruct, scold, seduce and encourage him until he finally learns to grow up.