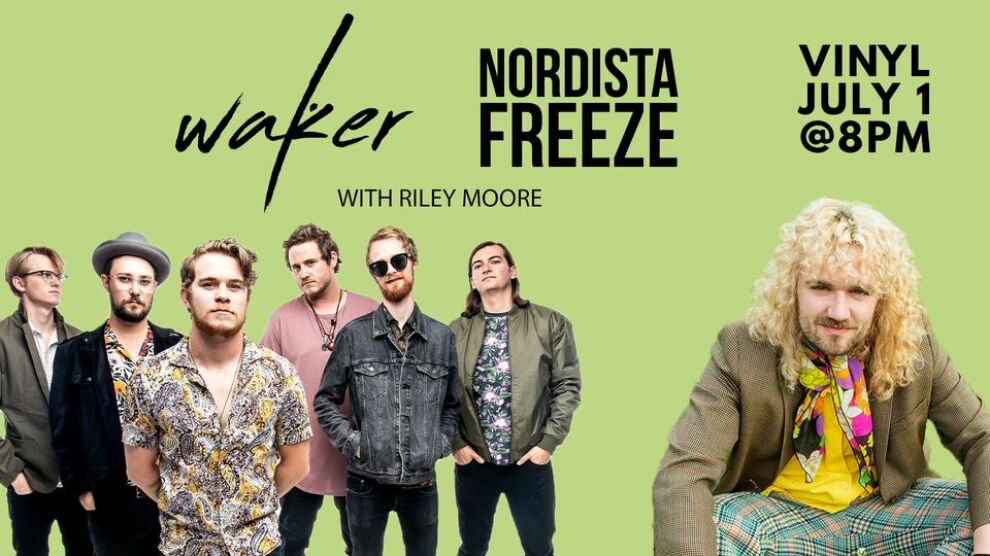 “For me, the band makes music that makes you feel like anything is possible,” says Chase Bader, the lead singer and acoustic guitarist for Waker.   A six-piece ensemble from Nashville, Tennessee, Waker’s sound spans the American musical spectrum. The group combines the spirit of classic rock, the pathos of Motown soul, the restless experimentation of jam-band music, and the songwriting acumen of the best indie rock and what results is a wholly original and stirring aural gumbo. It’s this unique sound that’s earned them slots on stages at Bonnaroo, Hangout, and SXSW.   This year, the band is poised to release its debut album, Fresh Out. Produced by Lincoln Parish, best known as the lead guitarist for Cage The Elephant, the album is the story of an American road band in the year 2020 and the trials and tribulations they’ve had to endure along the way.   Waker is Chase Bader, Conor Kelly, Alex Mathews, Ryan McClanahan, Dave Czuba, and Ryan Ladd.
More information