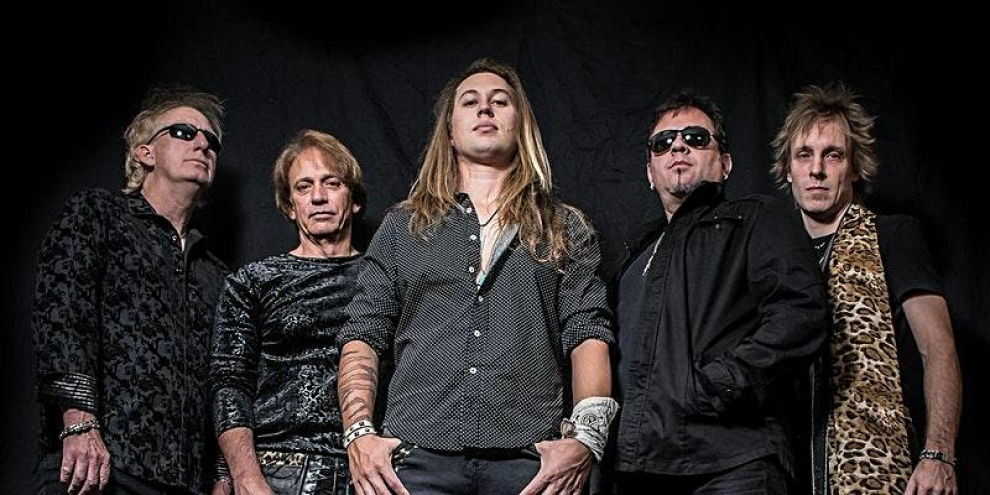 Nathan Smith - Vocals/guitarNathan is the newest addition to the Shyanne family, and is creating quite a buzz!! Nathan is well known in the Atlanta music scene, and has recently played with RockForce, and with Your Girlfriend prior to that.Carl Brown - Keyboard player/ songwriter/ producerCarl was co-founder of the rock band Babe Blu that released an independent record in 1988 and wrote most of the material on the record. In 1991 he was working on the 2nd record that was co-produced by Steve Walsh and Phil Ehart of Kansas. After Babe Blu did not reach the level of success he had hoped for, he left to join Vic Valmus in Shyanne. Carl also has recently just finished up a summer tour with 38 Special and is working on a solo record project while playing in Shyanne.Kerry Denton - DrumsAtlanta-based, professional drummer Kerry Denton enjoys his work and takes his business seriously. His exceptional abilities have taken him all over the United States and to dozens of countries in Europe. He toured and recorded with Mother’s Finest from 2003 to 2007. He has also played with Kansas’ bassist Billy Greer and the Seventh Key. During his 20 plus year career, he has done countless studio sessions and live performances.In addition to Shyanne, Kerry also currently plays with "Moses Mo (of Mothers Finest) and The Real Cool Band."Vic Valmus - GuitarVic is originally from Pensacola FL and joined his first traveling band, Five Miles High (with Carl Brown), in the early 80s and relocated to the Atlanta area in the middle 80s to join The Heat. After The Heat, Vic formed Citizen Kane in the late 80s. In the early 90s, Vic joined with Angie Aparo in the Crush and mainly played the college circuit. After a couple of years in the Crush, Vic formed Shyanne. Shyanne performed shows throughout the Southeast opening for acts such as Foreigner, Damn Yankees, Little River Band, Foghat, Warrant, Ugly Kid Joe, Ronnie Montrose, and others. In the mid 90s, Vic won the 96 Rock guitar contest and got to jam with Joe Satriani at the Fox Theater.Shyanne parted ways in the mid 90s, and shortly after, Vic went on tour with .38 Special as one of the band’s 3-gun slingers. After .38 Special, Vic changed directions and decided to go to law school. After running into the keyboard player, Carl Brown, Shyanne reformed again in 2008/09 and currently has 3 of the original 4 members (Vic, Carl, and Kerry) minus Diamond Dave Wright.Mike Armstrong - BassMike grew up 90 miles north of New York City, and like many teenagers, was lured away from his school work by music. Class was often skipped (shhh, don’t tell Mom) in lieu of hanging out in a practice room at school playing Rush, Iron Maiden, and other bass-centric music . He spent the first part of his music career playing the tri-state area in various original bands, performing and recording material in genres ranging from progressive (think Kansas, Marillion, Asia), to metal (in the vein of Sevendust and Staind). He also functioned as a technical advisor in these projects, with colorful stories floating around about homemade smoke machines and pyrotechnics, but we’ll save those for another time…In 2005 he ended up in the Atlanta suburbs and, after dabbling with some original acts, settled on the North Atlanta cover circuit. Most notably in the recent past, he spent several years with Block Party in and around the metro area. After leaving Block Party in early 2017, he spent a majority of the year freelancing with various musicians, frequently providing last minute fill in work. Late in 2017, a handful of fill in gigs with Shyanne led to a permanent residency in the band.Fun fact: Shyanne is the FIRST band Mike has ever been in that he did not have to share his first name with another fellow band member.