New Madrid on the Rooftop 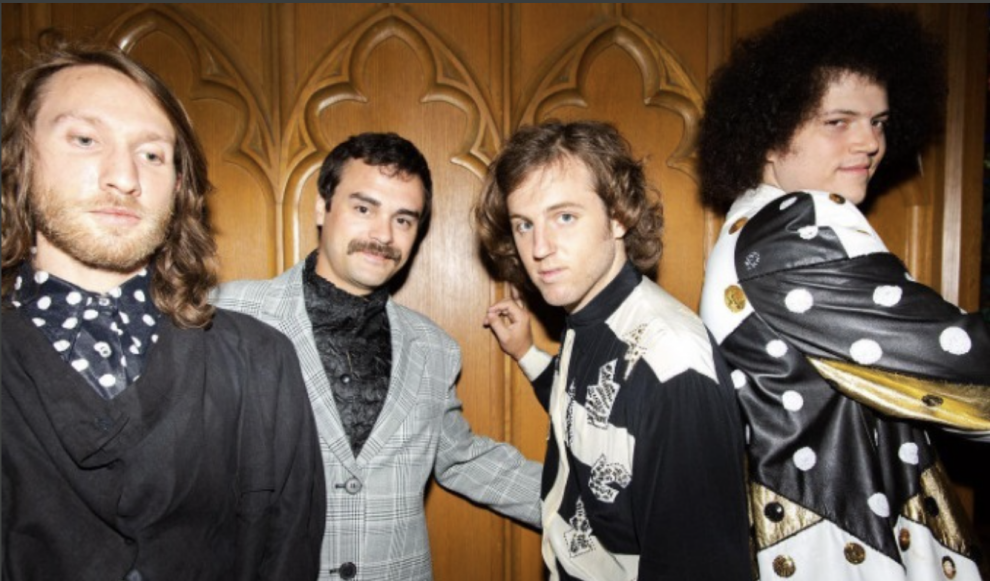 When the New Madrid earthquakes of the early 1800s finished rumbling, the Mississippi River famously ran backward for a period of time. This was temporary but resulted in one permanent change: the rearranged flow of the river actually created a new peninsula known as the Kentucky Bend. This part of the state is completely isolated from the rest of Kentucky surrounded on three sides by the Mississippi River and to the south by land that belongs to Tennessee. When New Madrid (the band) last put out an album five years ago, they lived as one unit in Athens, Georgia. Gearing for a 2020 release, Phil McGill moved to New York — creating a Kentucky Bend of his own. It's unexpectedly become a phase reminiscent of how the band got its start: writing with Ben Hackett, Alex Woolley, and Graham Powers in Tennessee and McGill in Georgia. It wasn't the plan though, as the band was due to share their forthcoming self-titled album. Writing for New Madrid (the album) started in the immediate aftermath of 2016's magnetkingmagnetqueen, stretching out over nearly two years. Recording began towards the end of 2017, and, due to a desire to grow as artists and tap into new inspiration for the new songs, didn't conclude until early 2019. This elongated process broke the band's previous stride of releasing an LP every two years (with 2014's Sunswimmer and 2012's Yardboat preceding magnetkingmagnetqueen), but the time spent has delivered a collection that Hackett describes as "all the things we liked about our previous albums with new stuff put on top of it." The early demo sessions were driven by Hackett's growing studio skills at Athens, GA's renowned Chase Park Transduction, as well as each band member coming into their own as songwriters. The final piece of the puzzle was bringing in Drew Vandenberg (Futurebirds, Bambara, Faye Webster) to produce and engineer the project. Self-titled to mark a renewed focus, the resulting 10-song set finds New Madrid revisiting the southern indie rock sounds of their Yardboat debut, while exploring new elements of dreamy psychedelia, jangly pop, and energetic post-punk. "It feels like a cool re-set," says Hackett. "This is the closest to what the band has always sounded like in our heads." "Do you only ask the question for the answers," McGill sings across the chorus of album standout "Q & A." It's a statement of purpose, in the form of a question, for how the band approached the album as a whole. Being able to flesh out the songs over years of writing and playing live prior to the pandemic allowed them to look at the questions as art in themselves without needing answers. Songs like the raucous "I Tried to Wait" actually grew harder as it was more and more road-tested, even gathering a studio saxophone part inspired by improvisational playing from guest musicians while on the road. Lead single "It's Ok (2 Cry)" lopes along with a woozy guitar line before descending into a propulsive beat that could've been pulled out of the Madchester era. McGill sings, "Off goes the light / and I wring myself dry / is it okay to cry," as the song turns inward and floats off into the noisy cocoon of its close. "Are You the Wind" utilizes a mixture of live and electronic drums which sandwich a middle section like a variation finding its resolution. The drums speed up in initially imperceptible ways before creating a chaotic build that drops out and reconvenes with the opening part of the song that had previously seemed abandoned. In a year where we have spent a lot of time inside, New Madrid is an album, and a band, that engenders some inward reflections to bring us back out of ourselves — leaving behind the questions that don't need any answers.
More information