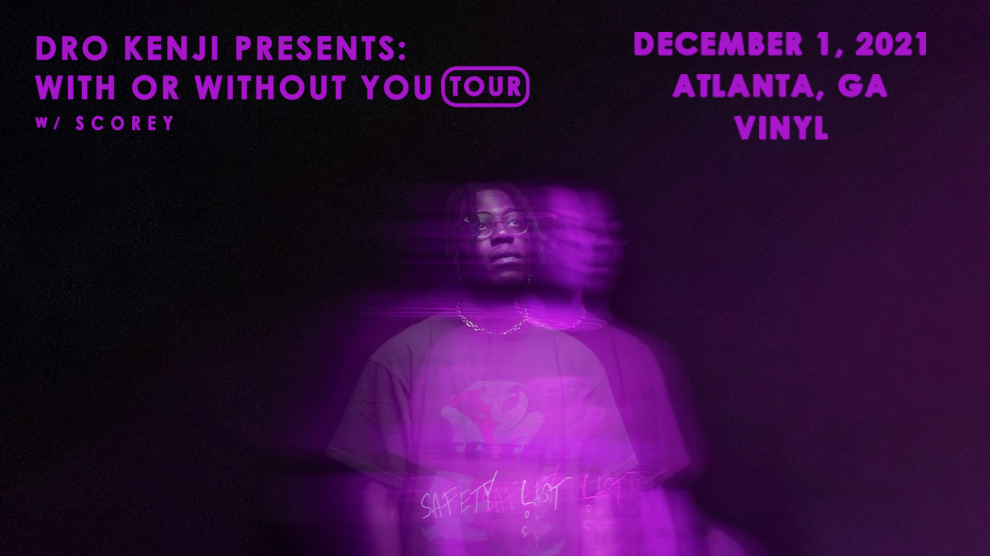 Dro Kenji’s rise is a testament to the power of the internet. Last year, the 19-year-old artist was a senior in high school in Summerville, South Carolina, releasing a string of captivating singles and mixtapes on his SoundCloud. Now, he’s preparing to release his debut album Eat Your Heart Out on Mira Touch/ Internet Money Records/ 10K Projects, collaborating closely with the label’s team of platinum-certified producers, with plans to earn some plaques of his own. In his debut, Dro Kenji deals with the growing pains of leaving home and living fast. While songs like the pop punk-inflected “4 Life” find him lamenting young love lost, hedonistic anthems like “Goodbyes” serve as a soundtrack for late nights that make it easier to forget. Overall, it presents Dro Kenji as an artist unafraid to bear his soul to a young generation going through the same experiences: “Put it in a song and they gon’ fuck with it.” A true child of the digital age, raised on video games and the lo-fi sounds of rap’s online underground, his discography has a remarkable ability to capture both the apathy and aspiration of his generation in his songs and a spellbinding voice with which to tell these stories.
More information